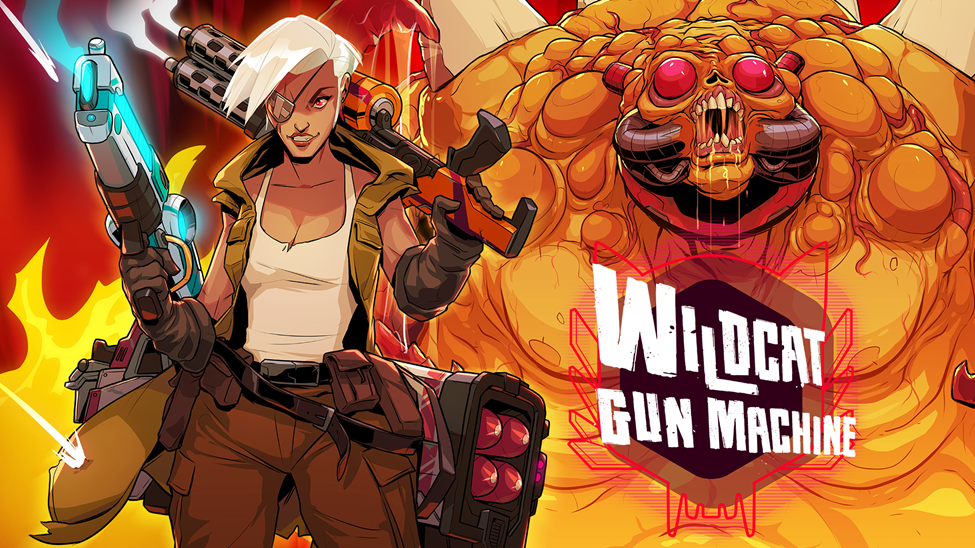 Daedalic Entertainment and Chunkybox Games are hyped to announce the release date for a master class in cartoon violence – Wildcat Gun Machine drops on PC (Steam, GOG, Epic Games Store), PlayStation 4, Xbox One and Nintendo Switch on May 4th, 2022. In this bullet hell dungeon crawler, our trigger happy protagonist is not kittin` around – players face hordes of very non-cute flesh amalgamations with a whole arsenal of glorious gun-goodness.

In Wildcat Gun Machine, players get thrown into maze-like dungeons filled to the brim with truly disgusting and furocious enemies in order to liberate giant mech robots from demonic elder gods. H.P. Lovecraft would be proud. In order to achieve this goal, players can choose from 40 different gun types – all perfect for riddling the spawns of hell with bullets – as well as super abilities born from character upgrades to match. Wildcat Gun Machine presents itself as a classical bullet hell boss battle experience with a twist: instead of randomizing enemy encounters, they are specifically designed to provide difficult combat puzzles.

Remember, the only thing cats like more than chasing a laser dot, is putting it between the eyes of their enemies.