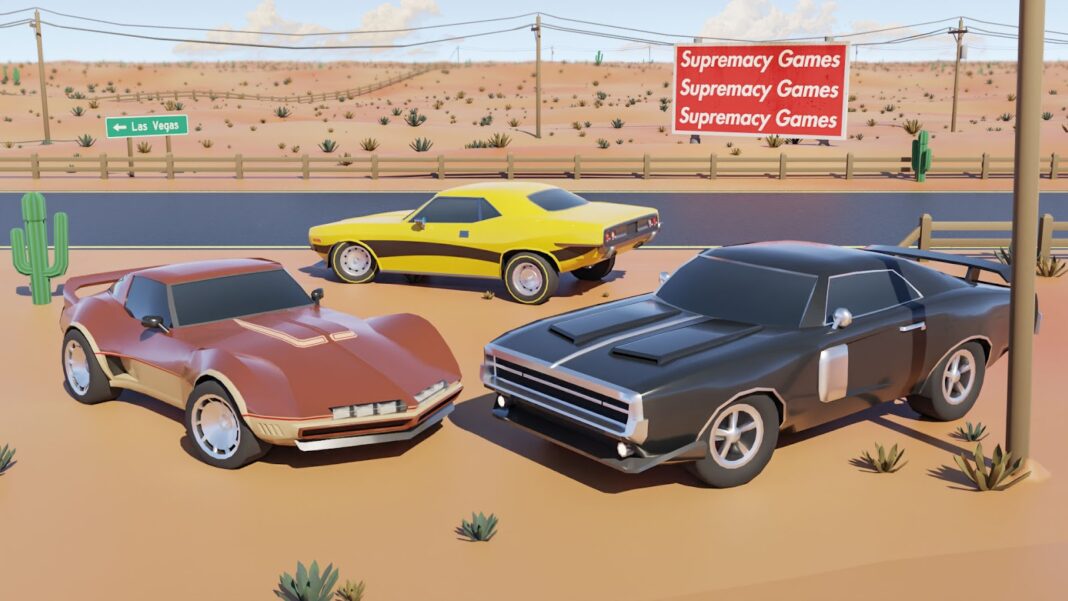 Race Team Rivals NFT Garage SERIES 1 is an exclusive limited series, only 2500 Series 1 cars will ever be available. Cars are collectable in four different rarities and 25 different power levels. The cars are not randomly generated but are meticulously crafted and display the expertise and enthusiasm for automobiles of the team.

Race Team Rivals NFT Garage cars will be available for sale December 9th, 2021. Cars will become available in the OpenSea market and sale requires Ethereum Wallet. A selection of cars and more information is available now at nft.raceteamrivals.com

“Finland is a leading hub of mobile game development, and we are happy to combine that expertise with our blockchain expertise to create NFT games that are fun and rewarding to play. The team has worked on many high-profile IP based games, such as Top Gear, and this enthusiasm for cars and driving games can be seen in Race Team Rivals NFT Garage”, commented Supremacy Games CEO Jari Pauna.

Supremacy Games also revealed that they already have in the pipeline several NFT games and limited-edition functional token collections that are connected to global brands. “Working with huge global brands is exciting and we can’t wait to announce all the titles we have in the pipeline. We aim to create games where the NFT functionality gives true value to the players and fits perfectly with the brands”, said Supremacy Games CEO Jari Pauna.