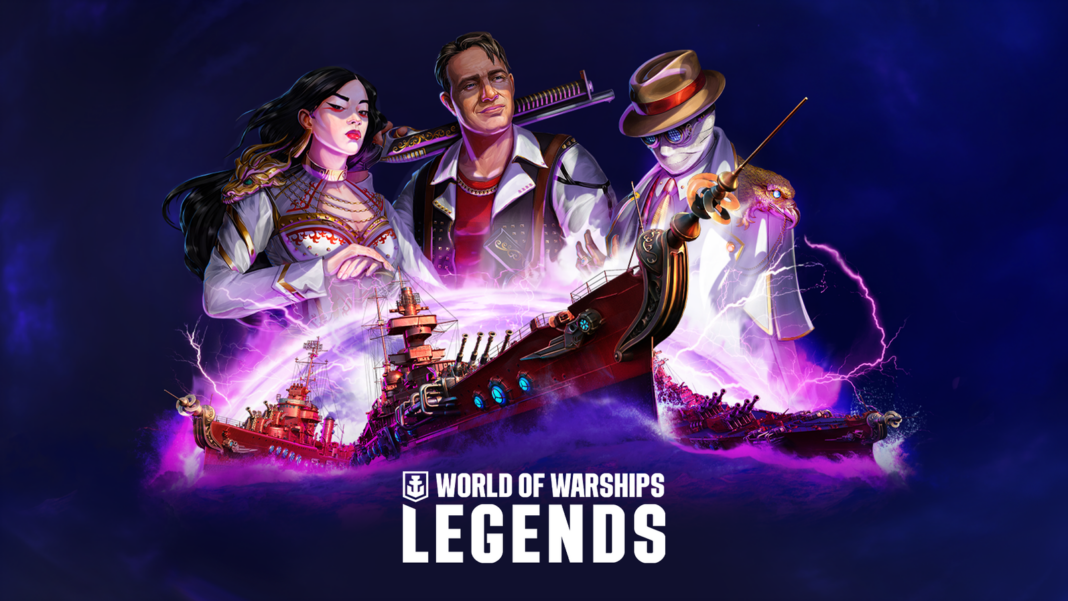 Wargaming, the publisher and developer of the leading naval MMO World of Warships, is celebrating the scariest season of the year in its console title World of Warships: Legends. Leading this update is a three-week Halloween event offering no tricks and a range of treats, with newly researchable German alternative battleships, and a new Legendary Bureau project.

Something wicked this way comes

Kicking off the freakish festivities is the three-week event “A Light in the Dark ‘22”, with a cooperative battle against AI to defeat the legendary Rasputin. Running from October 17 to November 7, the event offers up impressive rewards, with the enviable Commonwealth Tier V Premium cruiser Perth waiting among prizes. To celebrate Halloween, World of Warships: Legends is also introducing a range of creepy content. Both Commanders and ships can get in on the costumed action, with three special guises for naval personnel and a range of themed ship skins available.

Following the arrival of the line’s crème de la crème, Tier VIII Prinz Rupprecht, this new line of German battlecruisers has been completed and is now researchable to all players. The range, which contains five ships from Tier IV and upwards, features distinctive gameplay patterns, including enhanced secondary batteries. Other special secondaries include Damage Control Party with a quicker reload, as well as Sonar consumable on higher Tier ships.

Closing out this update is a new addition to the Marine Nationale with Legendary Tier battleship Bourgogne. Bourgogne is the fastest battleship at the highest Tier in the game, and capitalises on this advantage with both Main Battery Reload Booster and Engine Boost consumables. Able to swiftly relocate around the map and sustain a high rate of fire against enemy ships, Bourgogne is a worthy Bureau project to endeavour and can be obtained through the Store.