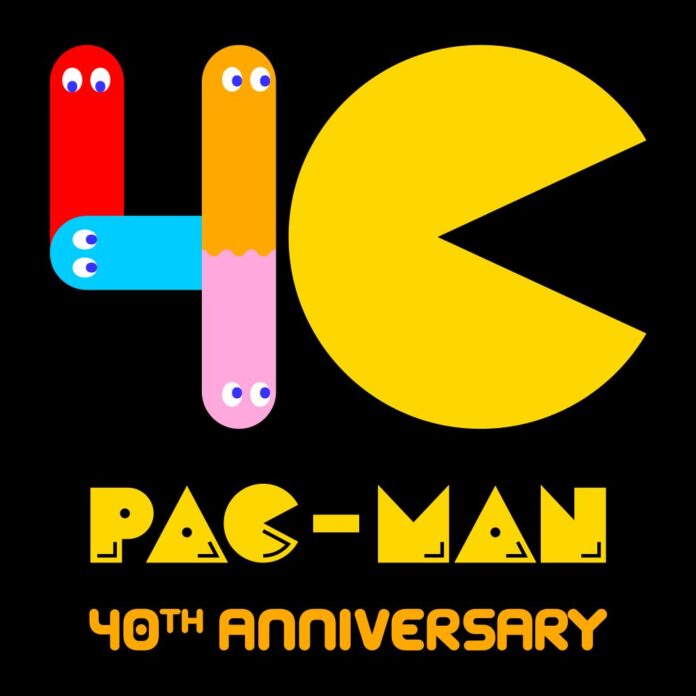 BANDAI NAMCO Entertainment today invites PAC-MAN fans around the world to “Join the PAC” and start getting ready for a year-long celebration in 2020 to commemorate PAC-MAN’s 40th Anniversary as a pop culture and video game icon. To get a sneak peek at the activities, partnerships, and surprises to come, please visit www.pacman.com.

Born on May 22nd, 1980, PAC-MAN immediately rose to meteoric popularity in video game arcades, then through an array of branding and entertainment appearances. As one of the world’s most popular video game characters of all time, PAC-MAN’s image and brand is one of the most recognized on the planet and is as strong as ever as he enters his 40th year of entertaining fans of all ages. PAC-MAN’s 40th Anniversary celebration in 2020 will include the debut of a new PAC-MAN 40th Anniversary theme song, composed by globally famed Japanese techno artist Ken Ishii, accompanied by its music video directed by Yuichi Kodama, who won all three major grand prix for advertisement at Cannes Lions, The Clio Awards, and One Show in 2008 and was chief visual director of the video presentation of the flag handover ceremony at 2016 Summer Olympics closing ceremony. We’re also working on multiple branding crossovers with Kipling®, Champion®, TIMEX, and BAIT, and fans will be able to “Join the PAC” at celebratory events taking place throughout the year around the world.

We’re delighted to be able to celebrate 40 years of PAC-MAN with our fans across the world, and we’re looking forward to revealing everything we have planned throughout the year” said Herve Hoerdt, SVP of Marketing, Digital & Content at BANDAI NAMCO Entertainment Europe. “It’s a testament to PAC-MAN’s enduring popularity and recognition that we’re able to create a year-long series of world-first partnerships and innovations for the brand”