Big Crown: Showdown sees friends become foes as they compete for the crown in 4-player local and online multiplayer combat, set over 3 wacky worlds full of medieval shenanigans. Avoid perilous hazards and engage in frantic fights as you attempt to knock your opponents off 15 crazy courses in the ultimate royal battle!

“We’re thrilled to be partnering with Sold Out on our chaotic party brawler Big Crown: Showdown,” said Stuart Martin, CEO and co-founder of Hyper Luminal. “Our goal is to make fun family gaming experiences that players of all ages can enjoy, and with Sold Out’s expertise we’re looking forward to our game reaching as many players as possible.” Big Crown: Showdown will be making its playable debut at EGX Rezzed, where attendees are invited to compete in 4-player chaotic combat at Sold Out’s booth.

“We’re very excited to be bringing Big Crown: Showdown to EGX Rezzed,” said Sarah Hoeksma, Marketing Director at Sold Out. “It’s a perfect pick-up-and-play digital title, it’s fast and fun and something which everyone will enjoy. With the growing couch co-op and family friendly multiplayer games hitting the market, this one fits the bill perfectly and is a great addition to Sold Out’s line-up of games.” 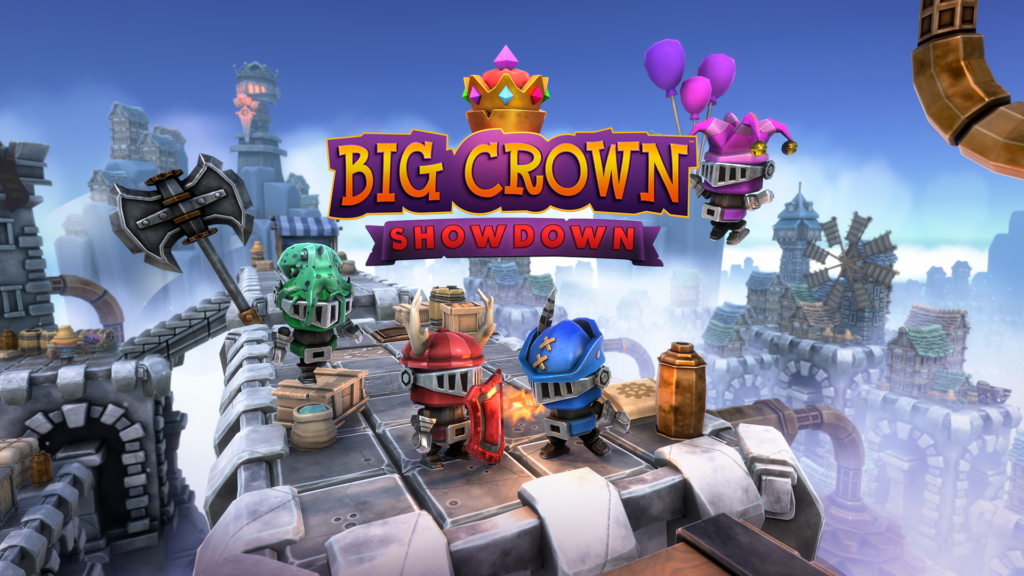