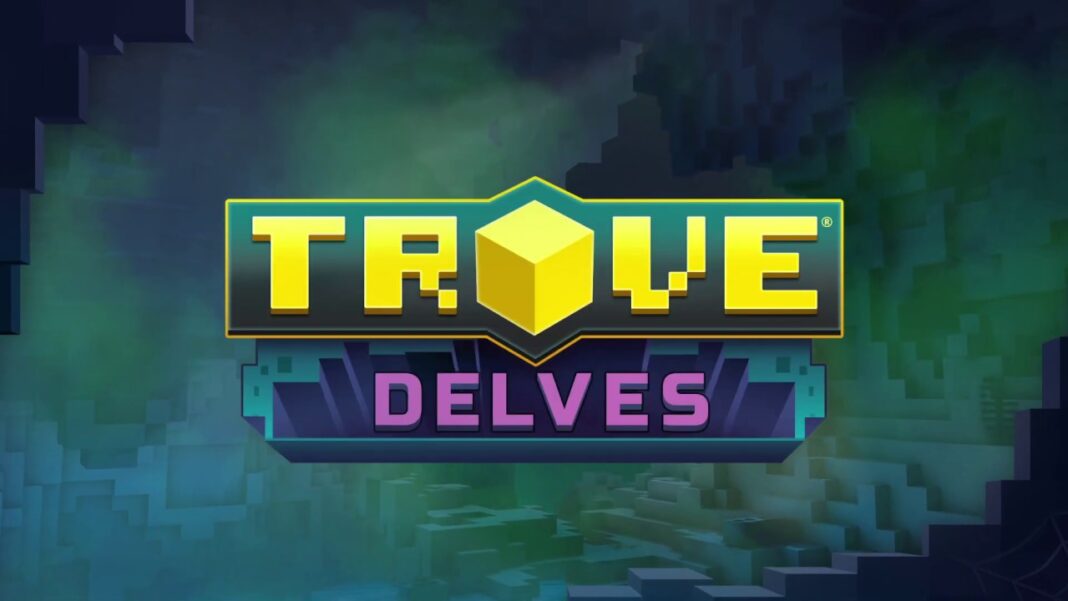 Hamburg, July 7, 2020 – Danger lurks around every corner of the famed cave systems of gamigo’s voxel MMO Trove. In the action-packed pixel world of Delves, an all-new game mode awaits fearsome Candy Barbarians and skilled Gunslingers where they can battle dangerous foes and gather precious items in the procedurally generated cave worlds.

Trove is filled to the brim with exciting content, new friends to meet, and quests to fulfil. Players can join their friends’ games at any time to adventure in player-created dungeons, fight mighty foes, and collect awesome new weapons and equipment. Thanks to an extensive terraforming mechanic, crafty builders can reshape the entire world and create brand new landmasses. They can create their own dungeons and even submit new mounts and costumes through Trovesaurus, the special fansite dedicated to the players. Trove is unlike any other game on the market and it’s constantly evolving. Whether players just want to dip their toes in for an hour or dive deep into the darkest dungeons, build, or go adventuring with their friends, Trove’s got something for everyone.

Utilizing a powerful AI, built by gamigo for the Delves update, players are teleported into the depths of Geode in groups of up to eight players or solo, tailored to match their personal power level. Each of the three Delves modes is unique and offers a variety of challenges for daring players. After solving them, brave adventurers and their friends can fight fearsome bosses and venture deeper and deeper into the mysterious caves. They can queue up for a PublicDelve in the Geode and Trove Hubs or create their own portal to jump into with their friends. Challenge Delves offer timed events in which mighty heroes compete for the first place on the Delves leaderboard.

Delves also packs in some new class reworks including the Tomb Raiser that has been enhanced and overhauled for pure soul-summoning combat power. All this and more is now available for both PlayStation 4 and Xbox One.