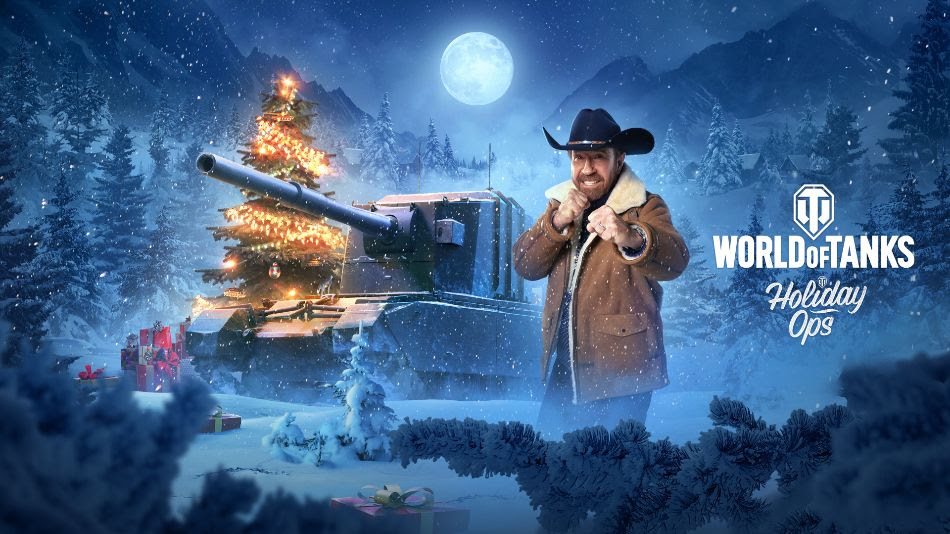 2020 might have been a bit of a strange year, but it’s nice to see a familiar face: Holiday Ops in World of Tanks! This Christmas and New Year celebration will see players focused on two things: battles and baubles. From 9th December to 11th January, a cosy little mountain town will be ready for tankers to decorate as they wish, all while earning great and valuable rewards. But that’s not all… This town has an extra special resident: Chuck Norris!

Chuck has crafted his own challenge for every tanker: one which will test their resolve and mettle. Every day, a new mission will become available with 32 to take on in total. While all valuable, some of the rewards are extra special so players won’t want to miss out on them, including a special vehicle slot for Holiday Ops—which will allow players to choose their own vehicle bonuses—and Commander Chuck himself! Worth to mention is that this legendary done voiceovers to his role in-game.

“Players like to say I must have been on the other side when they lose a battle; well, now it might just be true,” says Chuck Norris, World of Tanks Ambassador.“As you all know, even when the chips are down, I’m not one to shy away from a challenge and I hope that my fellow tankers do me proud when they take on Chuck’s Challenge!”

Just like last year, Holiday Ops is all about earning a collection of ornaments while decorating the special festive garage. There’s plenty to find in this snow-laden town, from a pianist performing for the residents to an enormous Christmas tree which takes centre-stage. By dressing up the town, players will increase their festive atmosphere and their present yield. Tankers will be rewarded with various ornaments and decorations for creating their own firework displays (albeit, using enemy vehicles) and completing special missions. There are hundreds of ornaments to collect and 4 collections to complete so players will be able to decorate to their heart’s content.

Additionally, the Snow Maidens are back and are giving out special gifts daily. Each of the four Snow Maidens is responsible for a specific collection: Christmas, New Year, Lunar New Year or Magic New Year. By selecting rewards from the same collection each day, a special meter will fill up and lower-tiered ornaments will be excluded from your daily gifts.