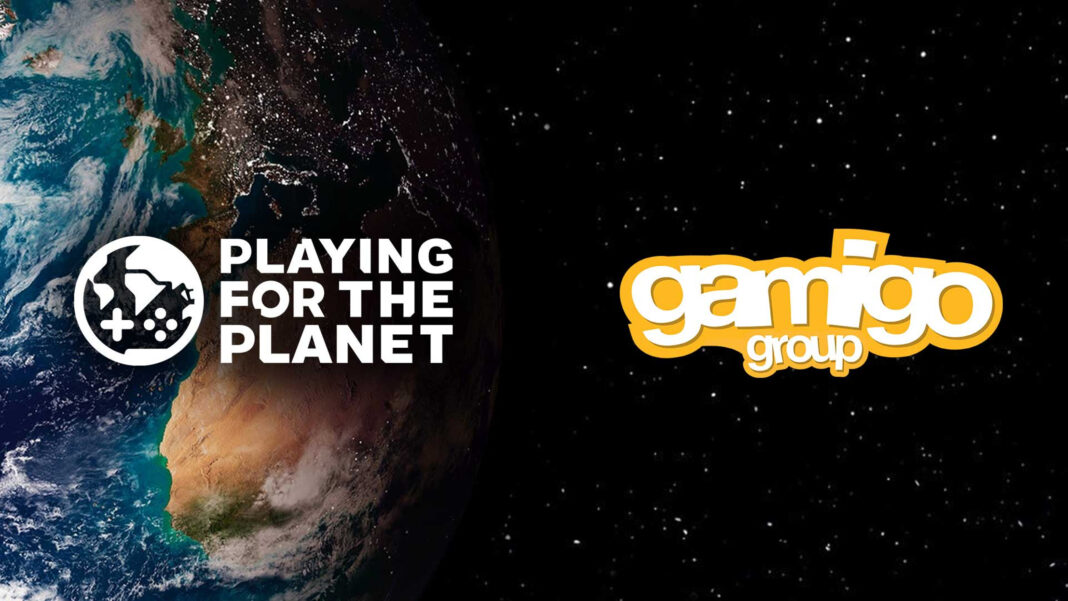 gamigo is today very proud and happy to announce that it has just became a member of the Playing for the Planet Alliance, a collective effort by the video games industry to reduce its carbon footprint and integrate environmental activations into their games.

The Playing for the Planet Alliance is a group of gaming companies who have made voluntary, ambitious, specific, and time-based commitments for people and planet, facilitated by the UN Environment Programme (UNEP). Being part of the Alliance also means that the companies will collaborate to address the climate emergency together, to achieve more than any individual company could on their own.

“As a company, we must acknowledge our responsibility for sustainability and integrate it into our actions. We are therefore very proud to be accepted as a member of the Playing for the Planet Alliance,” comments Jens Knauber, CEO at gamigo group.

“gamigo and its parent company MGI have already had success working on sustainability projects in the past, and as a member we can now share and exchange best practices with and learn from other game studios in the Playing of the Planet Alliance.”

gamigo group has agreed to undertake the following initiatives within the next twelve months:

Decarbonize their platform with a goal of being carbon neutral by 2022;
Educate its players about environmental sustainability through environmental activations in its games and through participating in the annual Green Game Jam organized by the Playing for the Planet Alliance.

Since the launch of the Playing for the Planet Alliance, the initiative has supported its members efforts to reduce their carbon footprint, with over half committing to reach net-zero carbon emissions or carbon negativity by 2030.The Alliance has also inspired its members to integrate authentic environmental activations in games with existing player bases through three Green Game Jams.

Gamigo will participate in the Green Game Jam 2022, which is the biggest Green Game Jam yet with 50 participating studios. The themes of the Jam are Food, Forests, and our Future. The goal is to shift 1 million players’ food choices for the environment, plant and protect 1 million trees and ultimately bring together 1 million players in a digital climate walk. During ​ the Jam, the participating studios seek to integrate add environment-themed actions in their games to capture their players’ attention to combat climate change.

For the gamigo group, joining the Planet for the Planet Alliance ties with several other activities in the sustainability strategy of gamigo and its parent company MGI: In 2021 gamigo and MGI could declare carbon neutrality for the year 2020 with a continued effort to reduce their CO2 footprint and to stay carbon neutral in the future. Other efforts include support for the nature conservation campaign Eden Reforestation Projects where through the sale of in-game charity packages gamigo’s community is able to increase the amount of reforestation in affected regions of the world and through that for the planters to receive fair remuneration for their valuable work in return.