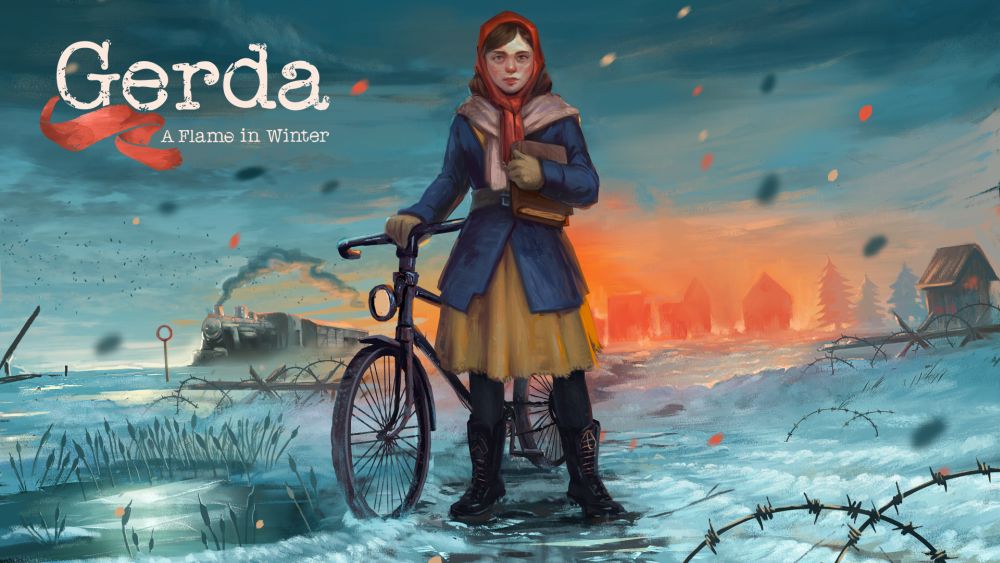 The new narrative RPG-lite game will be released on Nintendo Switch and PC (Steam) on September 1, 2022.

In this poignant narrative game inspired by real life events, the Danish village of Tinglev is under German occupation during World War II. Players will walk the path of Gerda Larsen, an ordinary woman in extraordinary circumstances who is forced to take a stand after her life is suddenly turned upside down.
One day, Gerda returns home from the clinic where she works as a nurse. She notices blood has she enters the house and soon discovers that her husband, Anders, is being arrested by the Gestapo. He has left behind important resistance documents, and it looks like many Danish and German lives will depend on her next actions.

A tale told not on the front line, but within the intimate setting of the small Danish village Gerda has lived her whole life.

Armed only with her wits, compassion, and insight, the advantage she has as a civilian is the knowledge of her community and village. Gerda’s personality traits are her skills, and her connection with others will also determine how the story unfolds. Choices are made through a mix of exploration and dialog, as well as resource and relationship management. Each day, she writes about her experiences and the actions she took in her diary, which players will use to develop aspects of her personality to allow Gerda to deal with situations in different ways.

She will meet a large cast of characters throughout the game: her fellow villagers — both Danes and ethnic Germans — as well as members of the Resistance, and the occupying Nazis. Every interaction holds weight, and every decision is critical in times of turmoil and war. With lives on the line, your morals will be challenged, and beliefs compromised… How far would you go to protect your loved ones?

DONTNOD is honored to work with PortaPlay in bringing this untold story to life. The character of Gerda is inspired by a real Danish resistance fighter and grandmother of PortaPlay’s Head of Development, Hans von Knut Skovfoged.

“This game is important to us because it is inspired by true stories of World War II, including those of my grandmother. With Gerda, we hope to share an accurate vision of some of the struggles of occupied populations during that time and highlight that some people were faced with difficult choices that defied absolute judgement. Through this narrative game we hope to encourage the sharing of testimonies. We know there are many civilian stories that go untold in wars and occupations around the globe, many still in the middle of theirs right now. And we are glad to be able to tell at least one such story, with Gerda: A Flame in Winter.” shares Hans von Knut Skovfoged, Head of Development at PortaPlay.