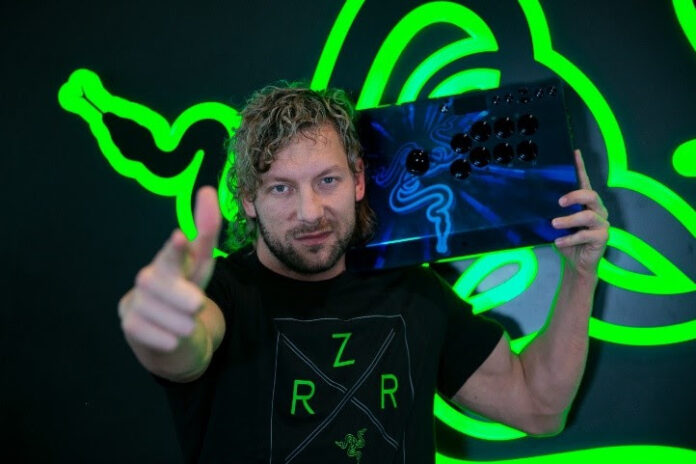 IRVINE, Calif. – RazerTM, the leading global lifestyle brand for gamers, today announced its partnership with Kenny Omega, one of the highest rated professional wrestlers of all time and the current International Wrestling Grand Prix (IWGP) heavyweight champion in Japan.

Under this partnership, Kenny Omega will represent Razer as a gaming lifestyle ambassador in public events and campaigns. An avid fighting game player, his top product choices include the Razer Panthera Evo fight stick and Razer Thresher Ultimate headset for PlayStation 4.

“I’ve always been a supporter of Razer and their products, so joining their team is really exciting,” said Omega. “To rise to the next level in wrestling or gaming, a true support system is needed, and that’s where Team Razer comes in. Their top-quality devices and fashion-forward gear are the best on the market, and I’m proud to be working with a company whose motto is ‘for gamers, by gamers’ that is just as driven to win as I am.”

Omega’s many recent achievements include 13 Match of the Year awards in Japan. He is the only foreigner to ever win the prestigious G1 tournament in Japan, and was named “Wrestler of the Year” by Sports Illustrated in 2017.

In addition to wrestling, Omega is also a long-time aficionado of anime and video games, and he is a huge fan of “Street Fighter.” Earlier this year at E3 2018, he triumphed over WWE Superstar Xavier Woods in a high-octane “Street Fighter: Arcade Edition” showdown.

Min-Liang Tan, co-founder and CEO of Razer, said: “Esports is becoming so mainstream that today’s pro-gamers can come from anywhere. Kenny Omega is a great addition to Team Razer’s roster of elite athletes, and I can’t wait to see him dominate the competition both in the ring and in gaming.”