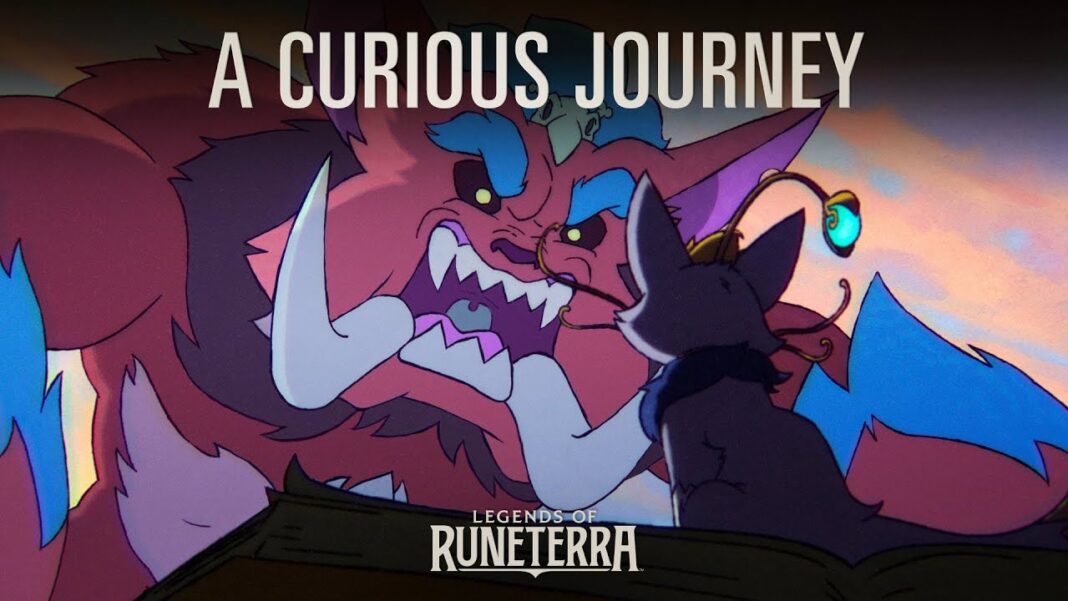 Ava’s journey has reached its thrilling conclusion, and she’s brought with her a few mementos from her adventure, including the final expansion of the Beyond the Bandlewood set – A Curious Journey!A Curious Journey contains 48 collectible cards, including four new champions – Gnar, Yuumi, Galio, and Udyr, and two new keywords – Attach & Formidable.Learn more about everything coming in the expansion in the details below, and get ready to complete your adventure in A Curious Journey, playable at approximately 11AM PT on February 16!New CardsOver the past week, we’ve been revealing all of the cards being added in A Curious Journey. Head to one of the galleries below to get the full list of new cards and start building your day 1 decks!

New Keywords: Attach & FormidableAttach:Support your units in an entirely new way with Attach! Units with Attach can be played on the board as a normal unit, or can Attach to an allied unit, providing that unit with the attached unit’s stats and keywords, amongst other bonuses depending on the card. Using Attach counts as targeting an allied unit and triggers effects like Fated, providing even more power!Formidable:Formidable units turn bulk into brawn, and Strike using their current Health instead of their Power. Because they’ll get worn down through clashing with enemy units, be sure to keep Formidable units healthy to make the most out of them!Four New Champions