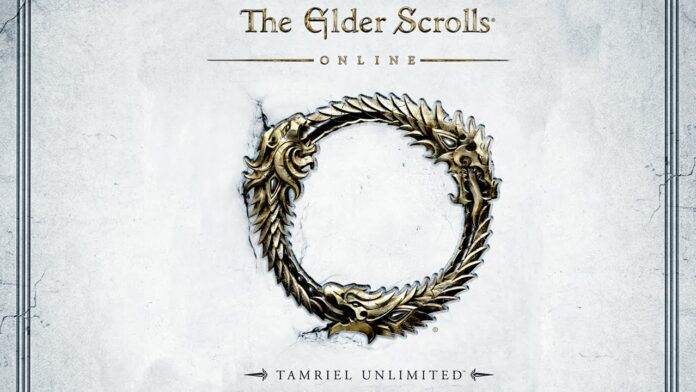 I kan se Patch notes til Playstation 4 her:

Combat & Gameplay
General
Decreased the frequency at which you’ll run into invisible NPCs and ensures they will appear if you do run into the problem.
This is an ongoing work in progress, and you may still run into an invisible NPC occasionally. If this occurs, please wait and the NPC should appear within 30 seconds.
Grouped Veteran Rank player characters of any level will now receive both experience and loot credit, regardless of their contribution.
Non-combat pets will now spawn into the game standing on the ground correctly, instead of sometimes being askew.
Fixed an issue that was causing monsters to appear desynched while in combat.
You will no longer be prevented from moving after dodge rolling while interacting with an object.

Weapon
Bow
Snipe: Fixed an issue where the graphical effects for this ability could get stuck on your bow.

Mounts
Fixed an issue where your game could crash once you fully upgraded your riding skills.

Crafting & Economy
General
Food items found in the world will now look and animate properly when consumed, instead of always appearing as though you’re eating a turkey leg.

Dungeons & Group Content
General
Fixed an issue where, in rare cases, the difficulty of a group’s dungeon would change unexpectedly.

Dungeons
Direfrost Keep
There is now a visible grate covering a hole in the floor.

Exploration & Itemization
Itemization
Fixed an issue where Glyphs of Weapon Damage were granting more effectiveness than intended when paired with the Infused trait.

Item Sets
Skirmisher’s Bite: Fixed an issue where this item set’s tooltip incorrectly stated it was increasing critical strike by a percentage; it now correctly displays a flat value.

Quests & Zones
General
The Battered Bear Trap quest reward will no longer deal damage if it is manually triggered under enemies.
You will no longer lose the ability to move after interacting with the symbol of Arkay in the Blood Matron’s Crypt.

Alik’r Desert
Monkey Magic: Ferhad will now always be visible during all steps of this quest.

Auridon
Sever All Ties: Completing the brazier puzzle will no longer block quest progression from group members who are standing nearby.

Bangkorai
You will no longer encounter unusually long loading screens when reviving at the Razak’s Wheel wayshrine while in the dungeon.

Coldharbour
Light from the Darkness: King Dynar will now reliably create a portal for you to use to get back to the Hollow City.

Craglorn
Slithering Brood: Takara the Eggbearer will now respawn more reliably if she or any of her guardians get stuck.

Khenarthi’s Roost
Tears of the Two Moons: Fixed an issue where you could not interact with Rurelion.

Main Quest
God of Schemes: Fixed an issue where it was possible to race ahead of your escort, which would result in you seeing graphical glitches.

The Rift
Shattered Hopes: You will no longer be prevented from progressing this quest if you log out during the quest step “Witness the Sacrifice.”

UI
General
Updated the login queue so it now displays a status bar that fills until complete, and a spinning ouroboros.
Fixed an issue where vendors could occasionally be covered by the UI while another player character is trading with that vendor.
The quest tracker will now properly refresh after accessing the world map from the quest journal, then selecting a new active quest from a world map pin.
Removed a duplicate “Resend Confirmation” screen when confirming your account during login.
The leaderboard icon is no longer missing from the leaderboard notifications.
You will no longer lose functionality from the left analog stick after choosing Destroy and Back simultaneously on an inventory item.
The text explaining that you do not have enough crowns to purchase an item will no longer lock your controls after a tutorial popup occurs.
You will no longer dodge roll, then have the interaction menu open afterwards.
Fixed an issue where you could get stuck in a loop when attempting to join a group or guild voice chat channel.
Fixed an issue where any adjusted game settings would not save while you were visiting a crafting station.
The “Controller Disconnected” error message will now tell you to press the X button to activate a new controller.
Fixed an issue where game input wasn’t disabled while pulling up the PlayStation® Network overlays.
Fixed an issue where you could unintentionally bypass the Realm Select screen and go straight to character select.

Crafting
Adjusted the in-game text within the Smithing research UI so that accents will not overlap the text.

Guilds
Repeatedly pressing the X button when entering the Guild History tab will no longer display a UI error.
Adjusted the text positioning on the bottom right-hand side of the screen within the Guild Trader UI.

Mail
When sending mail, you will no longer need to enter a C.O.D. fee twice if you filled in the “Send Gold” field.

Maps
Long location names no longer overlap over the zoom icons on maps.