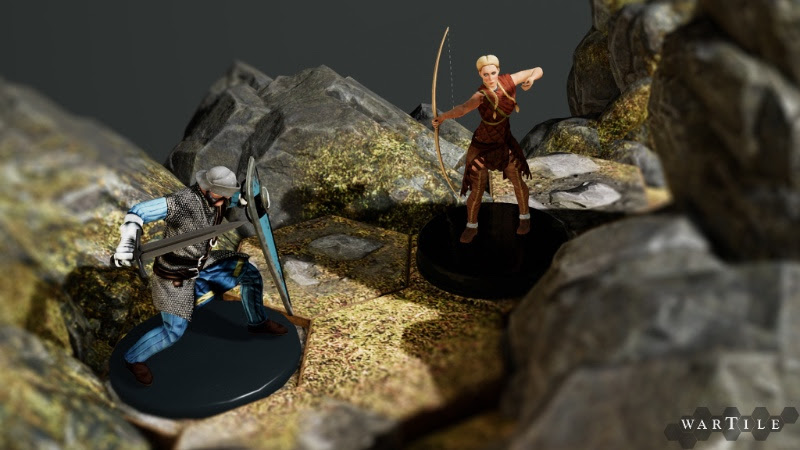 “This latest update and content package is considerably bigger than 0.4.6.0 and represents the core of the feedback and work we’ve been doing on Wartile since Early Access,” said Michael Rud Jakobsen, Founder and Creative Director of Playwood Project. “This Adventure Pack also introduces a new skirmish mode that we’re very excited to reveal with a whole new Battleboard, in addition to a new mission titled ‘Thors Wrath’, updated UI and reworked art for the card system, as we strive  to continually enhance the overall player experience.”

In addition to the new ‘Trail of Tyr’ skirmish game mode which will test players’ combat prowess against waves of attackers, Adventure Pack 0.5 adds a female Viking archer to the ranks, providing a whole new tactical edge to combat and a much sought after community request. ‘Thor’s Wrath’ is an exciting new mission variant with new challenges where players embark on the search for ancient relics connected to Viking Mythology in a revisit to the Heidrun Clan. Trail of Tyr now takes the available number of playable Battleboards in Wartile to 8, with more coming in forthcoming updates.

Other updates and tweaks include brand new art for Ability and Godly cards, which have been revamped with new art and coloured markings so players can distinguish them more clearly. Poisonous toad dust bombs have also been added to the player’s arsenal of deadly assets and, for those keen to get up close and personal, the Viking headbutt will allow players to stun opponents during an attack. Oil Bombs now provide a short based range attack to engage in full on Viking arson, and no Viking rampage would be complete without the healing benefits of alcohol – flasks of medieval Mead can now be consumed by your Viking to provide a small recovery to health.

A 10% discount on Steam and on the Humble Bundle store will also coincide with this latest June update.