“Systems at the ready. Small mammal at the controls.”

Hot off the heels of victory at the Junkertown Scrapyard, Wrecking Ball is rolling in as the newest member of Overwatch. Coming in as the seventh Tank hero on the Overwatch roster, Wrecking Ball is armed with resourceful tinkering skills and a massive mech. He’s equipped with tools of both destruction and strategy, including automatic-firing Quad Cannons to take down foes from a distance, a Minefield for setting traps or lighting up a pre-existing battle, and an adaptive shield generator to provide more protection from nearby enemies.

Wrecking Ball also brings a whole new type of mobility to the Tank roster, able to turn into a ball, use his Grappling Claw to propel himself and damage enemies with high-speed collisions, and deliver a devastating Piledrive to enemies unfortunate enough to find themselves under our hero! 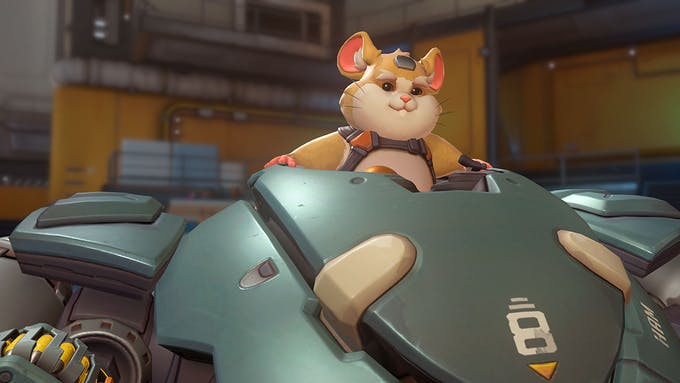