In Argo, players take on the role of mercenaries, who are contracted by two rival factions, and deployed to the island of Malden – a re-imagination of the classic terrain featured in Bohemia Interactive’s very first Arma game (originally released as Operation Flashpoint: Cold War Crisis*). Here players need to fight over the remnants of a crashed space station in a 5-vs-5 matchup. At the end of each match, players are awarded experience points based on their performance, which can be used to unlock new weapons, weapon attachments, and gear. 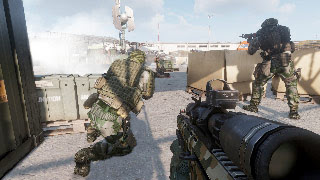 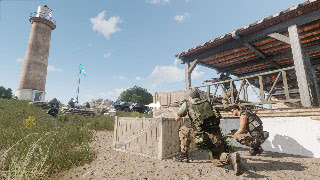 In addition to competitive game modes, Argo features a new cooperative game mode named Combat Patrol. This mode enables up to 10 players to team up and fight against AI in an open-world setting. Due to its randomized objectives and procedural generation of enemy forces, combined with Malden’s 62 km² sandbox terrain, each session of Combat Patrol presents new challenges. To round out the package, Argo also includes a trimmed down version of the 3D Scenario Editor found in Arma 3, which makes it possible to create your own scenarios in just a few simple steps.

Argo was originally made available to the public late last year as part of the Bohemia Incubator label. Released in the form of the “Project Argo” Open Prototype, the game has evolved significantly since then over the course of multiple updates. Some of the most notable changes have been the reduction of in-game UI elements, the introduction of an unlock system and leaderboards, various changes to the terrain, a re-design of the Link game mode, the addition of the Combat Patrol cooperative mode, and various other tweaks to help emphasize the importance of teamplay and communication. A new devblog from Argo’s Project Lead Lukáš Haládik provides a more detailed summary of the development process so far. 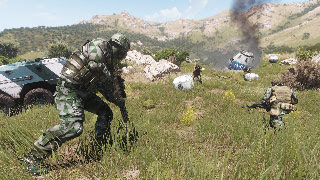 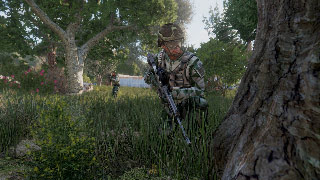 Argo will be available for free on Steam and the Bohemia Store, and will not feature micro-transactions or require any other form of payment to play the game. However, those who wish to support its development will have the opportunity to purchase the completely optional Argo Supporter’s Pack. As the development team’s way of saying thanks, the Supporter’s Pack comes with a few special rewards: 14 exclusive animations for the MVP screen at the end of each match, a bundle of 22 unique apparel items, the ability to use vehicles in the 3D Scenario Editor, access to premium Argo Supporter servers, and the names of supporters will be highlighted on the leaderboards.

Finally, on top of the official launch of Argo, and in celebration of the Arma series’ 16th anniversary on June 22, Bohemia Interactive will be releasing Argo’s re-imagined Malden terrain for Arma 3 in the form of the free Arma 3 Malden DLC. This free package will include the 62 km² terrain of Malden, plus Arma 3’s variant of the aforementioned cooperative Combat Patrol multiplayer mode. The exact details of the Arma 3 Malden DLC will be announced later.

For more information about Argo, please visit https://www.projectargo.net – and follow Argo on Facebook and Twitter. Those who are interested can still play the Project Argo Open Prototype for free by signing up via the Bohemia Store.