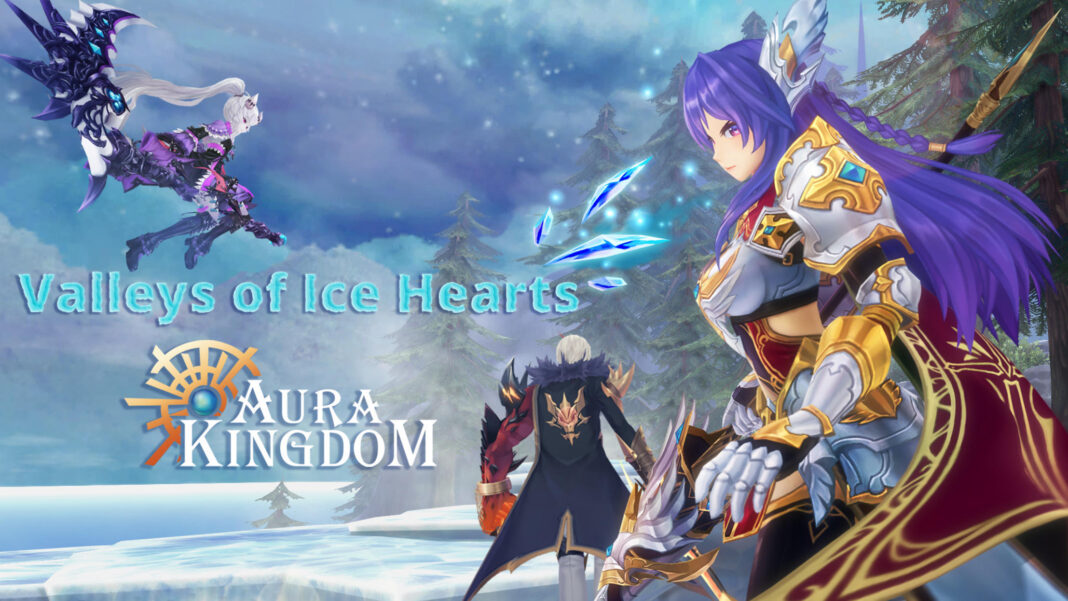 gamigo invites all players to travel to the Valleys of Ice Hearts, the latest update for Aura Kingdom. Venturing into the Valleys comes with a level cap increase, new maps, dungeons, events, and much more.

Players can start the new year in Aura Kingdom with new challenges and an increased level cap – the maximum level is now Slv25 (125). Four new fame quests will be handed out by Mirabelle and they’ll allow access to the dungeons Hidden Crystals Cave, Ancestral Spirits Temple, Otherworld: Glacial Ice Cavern and Otherworld: Subterranean Sanctuary. These quests can be completed every day but only once per day.

Patch 84 – aka the Valleys of Ice Hearts patch – will feature several new maps and dungeons to explore:

Further adventures await with a group of otters digging holes in Cactakara Forest and a horde of sea creatures invading the north side of the Helonia Coast.