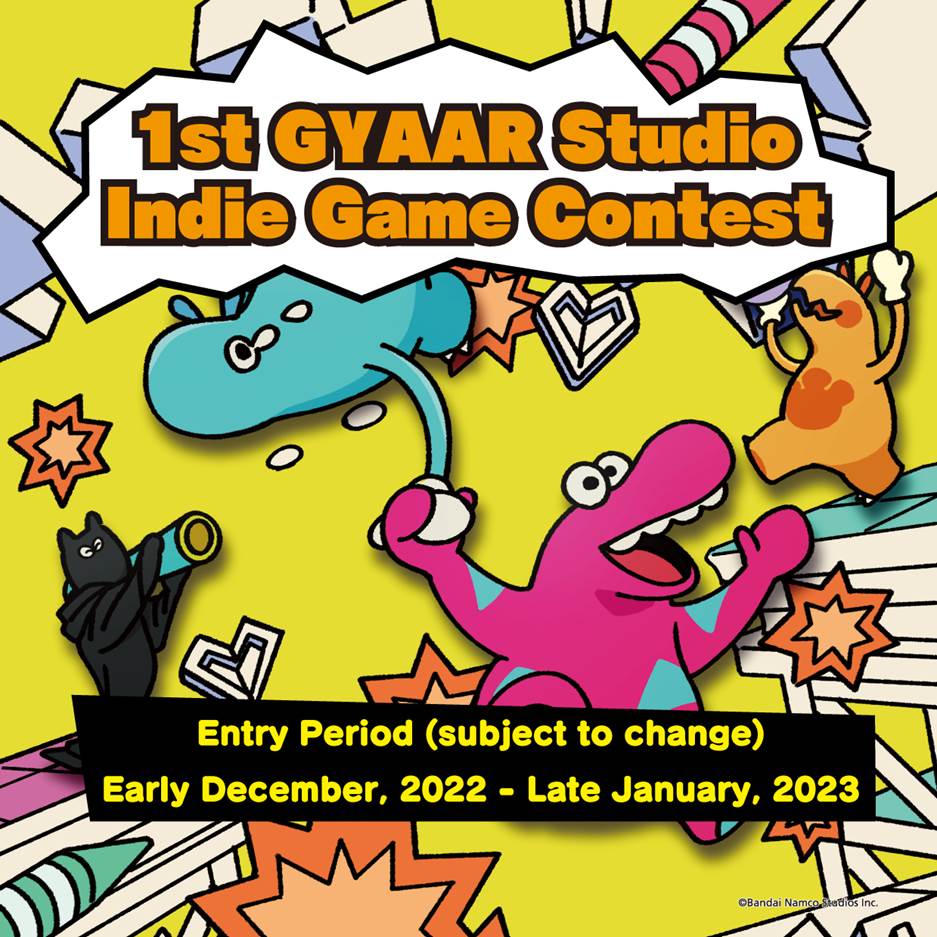 GYAAR Studio was founded in 2021 as an indie game label meant to help foster ace game creators for Bandai Namco Studios’ major global titles by allowing young talent to directly and freely express their creative ideas. This contest will be held to allow an even wider pool of creative talent, one not limited to company employees, to take a turn at bat and have the chance to receive proactive support for their creations. By allowing a variety of games to shine brighter than ever with the proper support, the hope is to further stimulate the video game market.

This contest will select (at most) one Platinum Award winner and seven other prize winners from a pool of game entries, including those in-development, and award a total of up to 100 million JPY in support funding. In addition to the prize funding, game developer Bandai Namco Studios will also offer direct development support, as well as a support program which includes access to the “GYAAR Studio Base” game development center within the Bandai Namco Studios office, publishing support, and IP co-creation support. The Bandai Namco Group aims to make use of its strengths and years of acquired know-how to provide creators with a wide-range of full-fledged support!