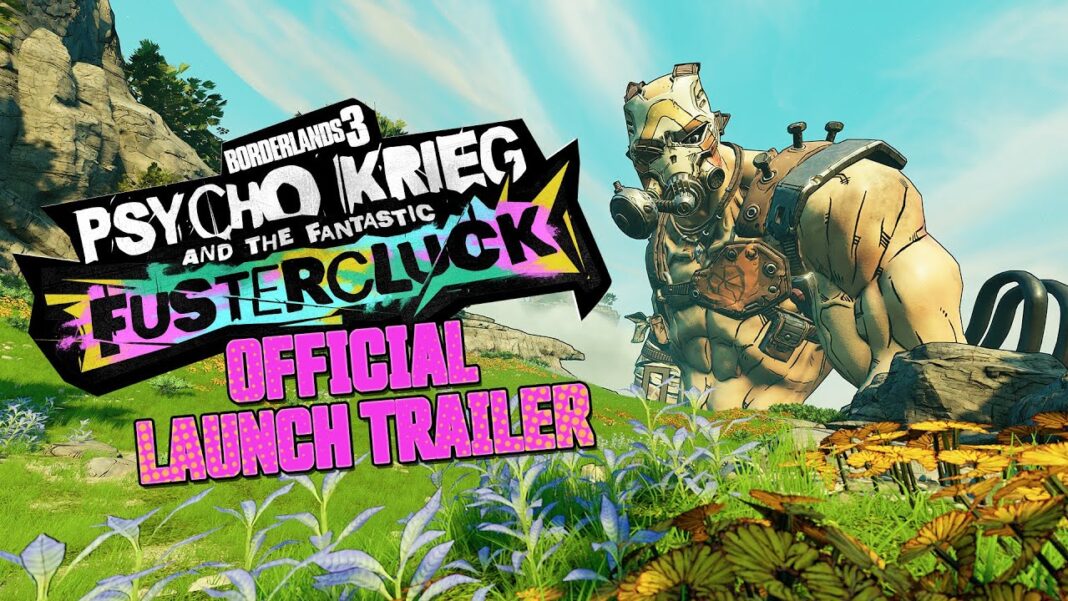 Thanks to some absurdly advanced technology devised by brilliant scientist Patricia Tannis, Psycho Krieg and the Fantastic Fustercluck takes place entirely in the titular meat maestro’s messed-up consciousness. Tannis is convinced that this unsettling environment holds the key to a mythical place she’s dubbed “Vaulthalla.” So, starting right now, she needs you to seek answers inside Krieg’s mindscape. Only by surviving the perils of Krieg’s twisted inner world can you reap the rewards of Vaulthalla:

Psycho Krieg and the Fantastic Fustercluck is the fourth campaign add-on included with the Borderlands 3 Super Deluxe Edition and Season Pass. It’s also available for purchase separately, though you will need to own a copy of the base game in order to play the add-on content. When you’re ready to put your life in Tannis’ hands and beam down into Krieg’s noggin, look for a psycho mask – highlighted with a yellow exclamation mark – in her lab aboard Sanctuary III.

Whether or not you own Psycho Krieg and the Fantastic Fustercluck, today’s patch also serves up a free level cap increase for all players. Vault Hunters can now unlock five additional levels and skill points on their way to the new maximum level of 65. Not only is this the largest single level cap increase since launch, it’s also the last planned level cap increase – at least for the foreseeable future.

Also, don’t forget to tune in to the Gearbox PAX Digital Showcase during PAX Online this Saturday, 10:45pm CEST. With Borderlands 3’s first anniversary just a few days away, you can expect not only a look back at where the game’s been but also a look ahead to where it’s going next. Catch the showcase at twitch.tv/pax.