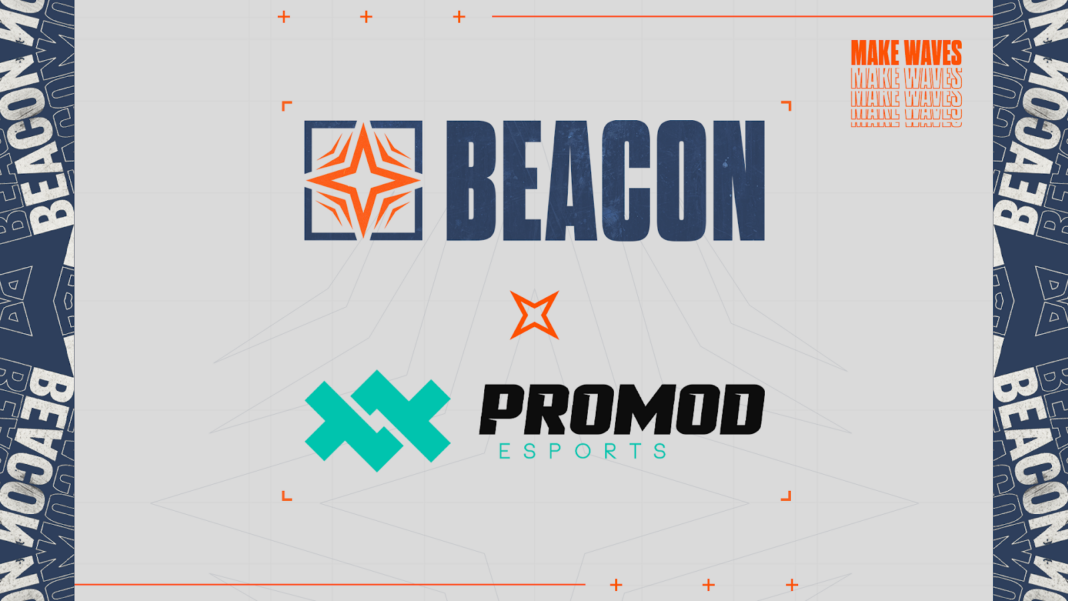 Promod Esports are launching Beacon, a competitive VALORANT circuit for the Northern European Region, in association with Riot Games. The regional circuit will bridge the gap between matchmaking, and the wider VALORANT esports ecosystem, creating brand new pathways for players in the UK, Ireland & Nordic Regions.

“We are delighted to be working with Promod Esports in launching Beacon, which will offer new and exciting opportunities for competitive VALORANT players in the community within Northern Europe. We look forward to welcoming new players to VALORANT esports!” – Will Attwood, Competitive Experience Manager, Northern Europe at Riot Games

Beacon will have two splits each year, each of which will comprise of numerous tournaments operated by third party organisers, where teams will earn points based on their performance. Points will be used to determine division and seeding for the Circuit Finals at the end of each split. Having multiple divisions for each Circuit Final creates opportunities for players of all abilities to have their Grand Finals moment, and a clear indication of how they shape up against the entire region.

As the licence holders of the Regional League for Northern Europe (Polaris), Promod are well positioned to expand the existing VALORANT Esports ecosystem to include Beacon, serving as a new entry point for competitive play across Ireland, Nordics & UK.

“The start of a player’s journey in esports begins with small communities competing with each other and this is still a vital part of esports. We’re proud to be working with Riot Games to create and manage that stepping stone for players in Northern Europe, while at the same time being able to work with fantastic communities and existing competitions to give players many possible routes to becoming the next superstar.” – Rob Black, CEO, Promod Esports

Promod are working with Riot Games, tournament organisers and VALORANT communities to host tournaments across the Northern European Region. During Split 1, VALORANT Community, The GooseHouse (11th & 12th June) and esports gaming platform, LeaguesGG (25th & 26th June) will host their own online tournaments, full details to be revealed in the coming weeks.