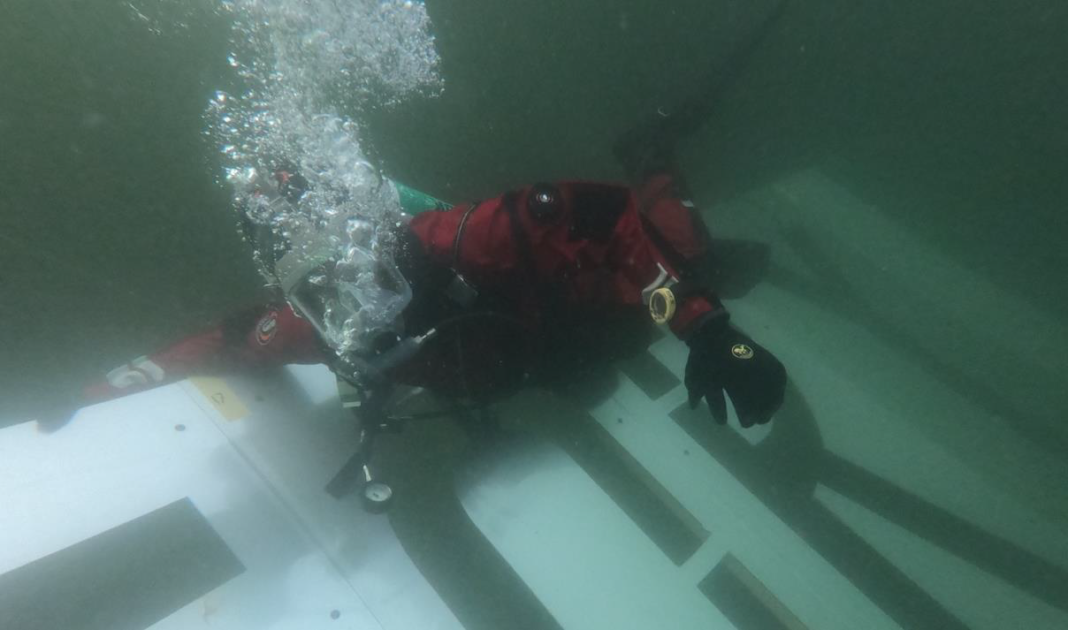 Stockholm, 27 October 2020 – During the last couple of months players of the popular Call of Duty: Modern Warfare Battle Royale mode Warzone has been exposed to different cryptic in-game messages. Teasers that exposed new information about the upcoming game Call of Duty: Black Ops Cold War, launching on November 13th. Today, a real-life message has reached the dark waters of the Stockholm archipelago.

The hidden message arranged by Activision is temporarily located at 59°2’43.4″N 18°20’6.5”E, 5 meters below the surface. Only the most daring and well equipped will be able to read it, as it is only visible through sonar equipment. 39 years ago, on October 27th, the Soviet submarine U 137 ran aground deep within Swedish territory. The event fueled conspiracy theories about what was transpiring below the surface of the Baltic Sea and made Swedes search the ocean for lurking submarines. The message and its location is a celebration to the ones who went searching, and to inspire younger gamers to learn more about their history – a key message in Call of Duty: Black Ops Cold War developed by Treyarch and Raven Software.

– The mysteries and ominous threat of submarine activities in the dark waters of the Baltic Sea works fantastically as dramatic inspiration when piecing together the storyline of Call of Duty: Black Ops Cold War. Integrating real life events and historical figures such as the alleged Soviet agent Perseus and president Reagan is something we have used to create a more engaging and authentic story, says Dan Vondrak, Senior Creative Director at Raven Software.

The message hidden in the Stockholm archipelago is an encouragement for players to know their history, since this will contribute to an even more engaging and emotional experience of the new game. The players will be able to recall the events and recognize the historical figures from the Cold War era.

A direct successor to the first Black Ops, released in 2010, Black Ops Cold War, co-developed by Treyarch and Raven Software is inspired by real events that occurred in the midst of the Cold War in the early 1980s. The story revolves and spins around the invisible threats and what was going on behind the scenes, as players follow real life historical figures and known characters of the Black Ops series such as Woods, Hudson and Mason as well as a new character, CIA operative Russell Adler, in their hunt to neutralize the single largest threat to the free world, Perseus. A mysterious and alleged Soviet spy linked to stealing nuclear secrets taking the player on a cat-and-mouse chase around the globe, through iconic locations like East Berlin, Vietnam, Turkey, Soviet KGB headquarters, and more.