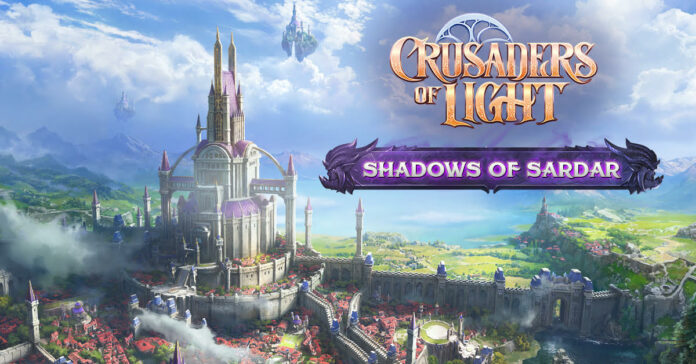 Crusaders of Light’s “Shadows of Sardar” update encompasses the following new content:
·       Level Cap Increase to Level 55: Players can unlock the ability to reach Level 55 when their server completes some of the most challenging content yet available. Once they do, players will be able to reach new heights of power while also increasing the potency of their legendary equipment.

·       New Raids: The new Core of Crystal Rock raid will allow seven to 10 players to explore the depths of a vast crystalline cavern and battle its monstrous beasts and ghostly foes, while the addition of a new “Mystica” level will offer increased difficulty for the game’s existing raids.

·       New Skills: Character skills now increase from three to 10, and two new skills are added for each class – meaning players can pick the perfect skill rotation, and utilize skills in combinations previously undreamed.