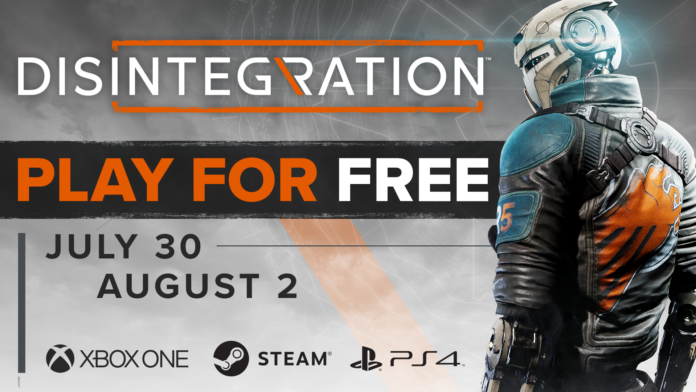 Heads up, Gravcycle pilots! Disintegration, the genre-breaking, sci-fi first-person shooter from Private Division and V1 Interactive, an independent game studio based out of Seattle, will be available for free on PC, PlayStation 4 and Xbox One this weekend.

Players can join frenetic multiplayer battles in all three multiplayer game modes or dive in the game’s riveting single-player campaign as the full game will be available for free across all platforms for the entire weekend starting Thursday July 30th:

With many more updates in the works, players joining the Play For Free Weekend can already benefit from the latest patch for Disintegration featuring:

All the hard-earned progress can be transferred to the full game for anyone who purchases Disintegration during or after the Play For Free Weekend. The game will be offered at a discount of 40% on PC, PlayStation 4 and Xbox One.