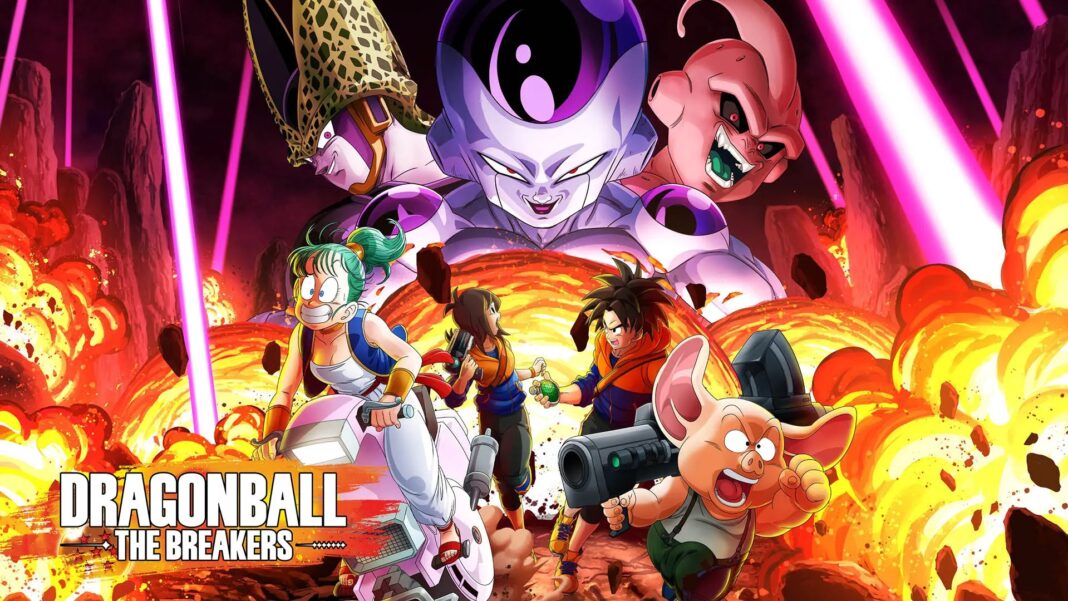 DRAGON BALL: THE BREAKERS will be available in three different editions:

–       The standard edition will be available only in Digital and will contain the game, and an “Android 18 Transphere” with the “Wall Kick” skill, as well as the “Scouter (Blue)” accessory

–       The Special Edition is available both in retail and digital and will contain the full game as well as the Special Edition Pack with a Customizable costume, the “Two-Handed Good” victory pose and the “Dragon (Yellow)” vehicle skin. Pre-orders for this edition will also unlock the “Android 18 Transphere” and “Scouter (Blue)”

Taking place in the DRAGON BALL XENOVERSE universe, DRAGON BALL: THE BREAKERS will pit a team of seven Survivors trying to escape one Raider. The Raider, one of the major antagonists from the franchise, will have to use their overwhelming power and increasingly powerful evolutions to hunt and defeat the Survivors.

Survivors are regular civilians that have been caught in a “Temporal Seam”, trapping them in a place where space and time are in disarray. The main objective of Survivors is to escape the Temporal Seam using various gadgets, the most valuable of which are Transpheres, that contain the souls of Super warriors and grant special abilities and powers when used.

In this dangerous environment that Survivors share with the Raider, the hope is to use the Super Time Machine to evade the Temporal Seam before their enemy becomes unstoppable.

The CNT will be playable at the following times:

An Open Beta Test will be organized at a later date with more details to be announced soon.