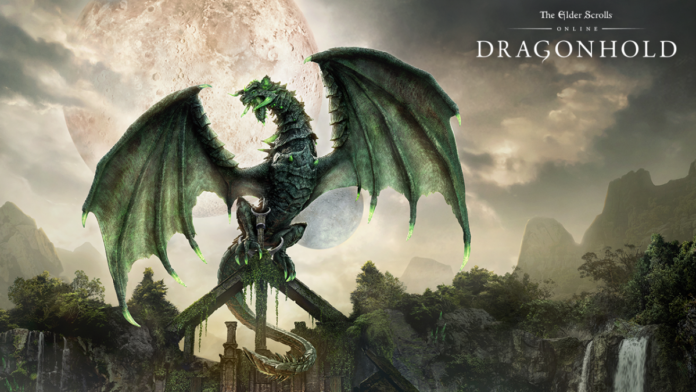 Dragonhold story DLC now live
Dragonhold features Southern Elsweyr, a new story zone with three unique biomes, and packed with delves, world bosses, quests, Dragon hunts, and more. Players can purchase Dragonhold for 2,000 of the in-game Crown currency or by becoming an ESO Plus member (which nets players additional benefits). Especially intrepid players can unlock the Dragonhold Collector’s Bundle for 4,000 Crowns and receive the Legendary Dragon Hunter mount and pet and a pack of Experience Scrolls.

Free Play Event begins November 6
The Free Play event kicks off tomorrow, Wednesday, November 6 at 10:00AM EST and will run until Wednesday, November 13 at 10:00AM EST. During the free play period, players can download and play the ESO base game for all platforms for free, no purchase needed.
Players who participated during previous free play events can continue their adventures, while new ESO accounts created will also receive 500 crowns to spend in the in-game Crown Store. Note that Xbox Live Gold is required to play on Xbox One.
Once the event begins, visit the Free Play page to select a platform and begin your adventure.

#SlayDragonsSaveCats charity effort raises over $100K – halfway to $200K goal
ESO players have generously raised $139,009 of the $200,000 goal to help save and improve the lives of pets across the world through Best Friends Animal Society (North America), and FOUR PAWS (pan-European). Additionally, players have directly donated $1,380 to the charities. The $200,000 donation will be split evenly between Best Friends Animal Society and FOUR PAWS when the initiative ends on December 9, 2019.

In ESO’s Elsweyr Chapter, released in June, the cat-like Khajiit and their homeland of Elsweyr are under siege by Dragons. Players have been hard at work saving Elsweyr’s feline citizens by slaying Dragons, and for every five winged-beasts felled through December 9, Bethesda will donate $1 USD, up to $200,000. More details are available on the campaign page: www.elderscrollsonline.com/en-us/slaydragonssavecats.