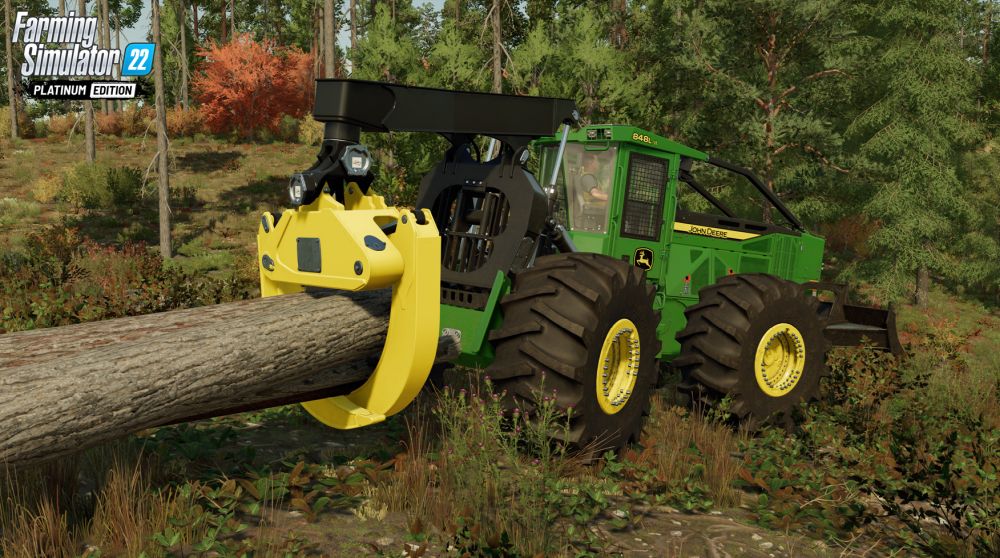 Farming Simulator 22 is growing rapidly as its makers present new content at FarmCon: At the annual community event, taking place between July 21st to July 24th, developer and publisher GIANTS Software talks in detail about the huge amount of upcoming content. On Thursday’s international live stream, announcements and teasers for Farming Simulator 22 were presented.

With the Vermeer Pack, virtual farmers look forward to the digitalization of the world’s first self-propelled baler, the ZR-5. Overall, five efficient and unique machines from the North-American manufacturer Vermeer are included. Releasing on August 23rd, it’s already available for pre-order. A Vermeer Pack teaser offers a first glimpse at the machines.

The Platinum Expansion & Platinum Edition add more than 40 new machines by Volvo Group and others to Farming Simulator 22, as well as a new map: Silverrun Forest. Inspired by the Pacific Northwest of the United States, the map was presented for the first time with a map teaser video. With a lush landscape dominated by vast areas of forest, players enjoy harvesting and planting new types of trees while taking on new missions and providing logs to develop various points of interest.

More Presentations and Details on Saturday

While fans of Farming Simulator meet at the John Deere Forum in Mannheim, Germany on the weekend, GIANTS Software will stream the stage program scheduled on Saturday on the company’s official Twitch channel starting at 10 am CEST. Fans and gamers will learn more about the making of Farming Simulator and the upcoming content. GIANTS Software even offers something exciting for fans to enjoy immediately in celebration of FarmCon: The John Deere tractors 5M Series and 710 (this historical tractor was launched 1965 by John Deere-Lanz in Mannheim) are now available for download on the official ModHub.