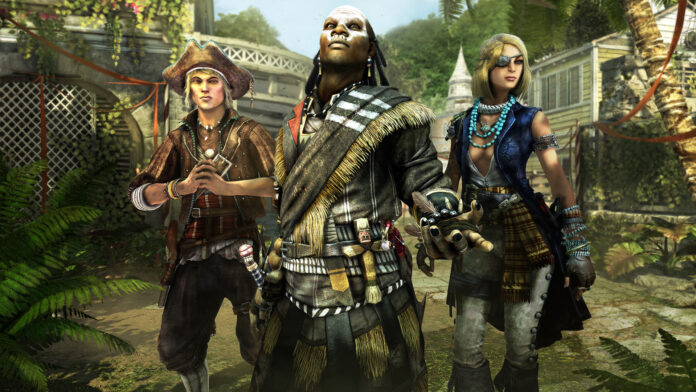 • The Siren: After years at sea posing as her deceased brother, The Siren is back on land, wielding a lethal navy saber acquired in battle. Ready to put her murderous skills to action, her striking appearance distracts unsuspecting foes, giving her time to make a clean kill. That mystique coupled with her deadly saber has earned her a name that even seasoned mariners fear to utter.

• The Stowaway: Seemingly foolhardy and carefree, the Stowaway is a seasoned fighter who has survived a lifetime of battles at sea. Even better on land than on sea, his agility and gun-wielding skills leave victims unaware of the danger he brings.

• The Shaman: Driven by forces beyond the mortal realm, he sees this world in a different light. Calm and composed, once he locks on a target he channels the forces of the supernatural to aid him in finishing off his prey with his brutal hatchet.