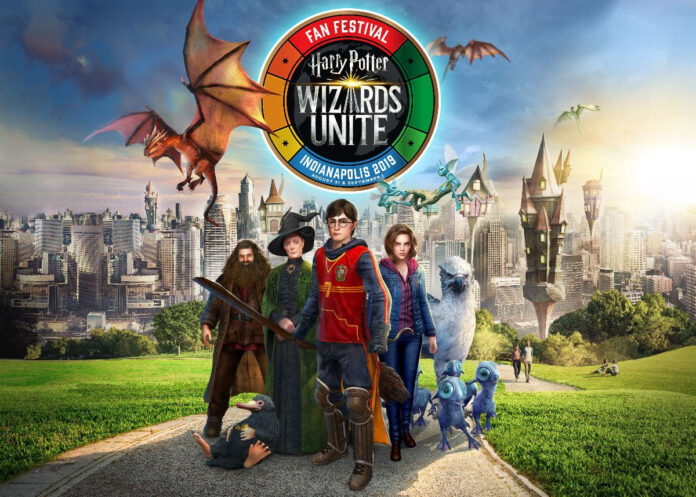 Dragons are coming! Harry Potter: Wizards Unite Fan Festival is fast approaching, and Niantic and WB Games have shared more tantalizing details about what to expect during the event at White River State Park in Indianapolis on August 31 and September 1. Set to be an incredible adventure, the first official real-world event for the hit AR mobile game will have players discovering Dragons for the first time ever while participating in a unique Special Task to be unveiled at the event. Attendees will be able to experience magical artefacts and creatures, and also relax with friends at themed lounges within the park.

Fans can purchase tickets for the Fan Festival taking place in Indianapolis this Labor Day weekend, within the Harry Potter: Wizards Unite app.

Harry Potter: Wizards Unite Fan Festival will bring a unique real-world experience to fans of the popular AR wizarding game. Players who attend the event on either August 31 or September 1 will encounter a number of real-world landmarks and locations that are tied directly into the gameplay experience, including:

Harry Potter: Wizards Unite is co-published and co-developed by Niantic, Inc. and WB Games under the Portkey Games label. The innovative AR game is built on the Niantic Real World Platform, and created using the game design and content creation expertise of WB Games San Francisco. As new recruits of the Statute of Secrecy Task Force, players will investigate the chaotic magical activity that is leaking into the Muggle world and work together to solve the mystery of this Calamity. Players will be able to explore their real-world neighborhoods and cities to discover mysterious artifacts, cast spells, and encounter fantastic beasts and iconic characters along the way.