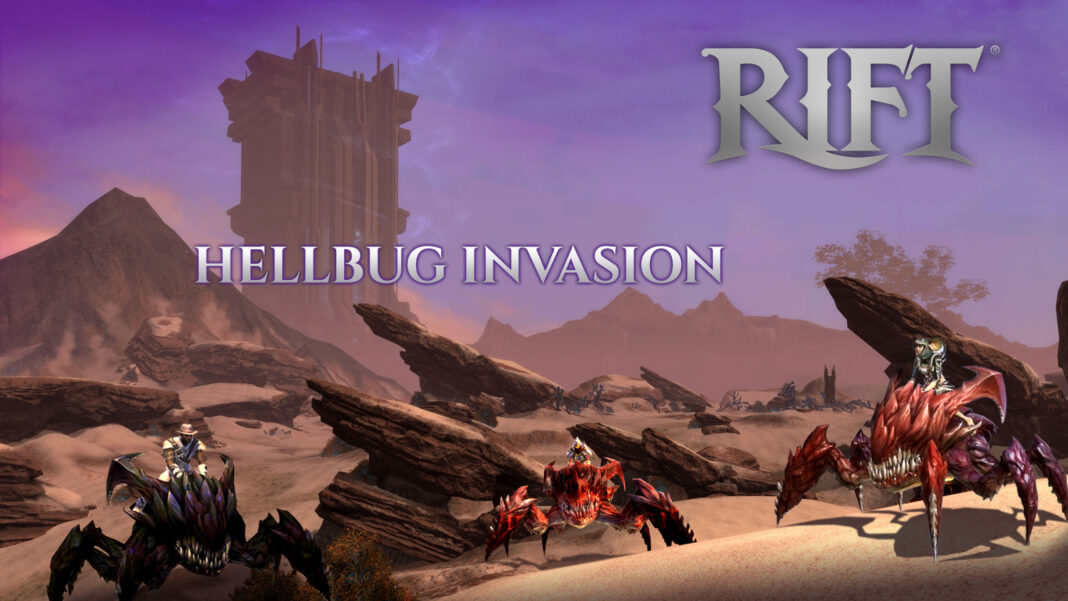 After an indeterminate amount of time, the Hellbugs have reared their ugly heads once again to invade Rift. It’s up to players to fight these hellish creatures to save Telara – and in doing so – earn a number of unique rewards that will display their dominance over the Hellbugs.

In the “Hellbug” event available today, players will need to visit the event merchant located in Telara’s two large capitals of Sanctum or Meridian, depending on their chosen faction. The merchant will be in a panic as they are currently being attacked by small Hellbugs after emerging from beneath their feet. Players will be asked to destroy hellbug footholds and push back hellbug invasions in Mathosia and Ember Isle. There are also six additional Hellbug-related quests.

Once these quests are complete, players will earn Chaos Motes, which can be exchanged for several rewards from either the merchant or the in-game Rift Store. Some rewards include a large Hellbug that can be mounted and a small one that can be treated as a pet. Just make sure not to tell them about all the Hellbugs you had to kill in order to earn their trust.