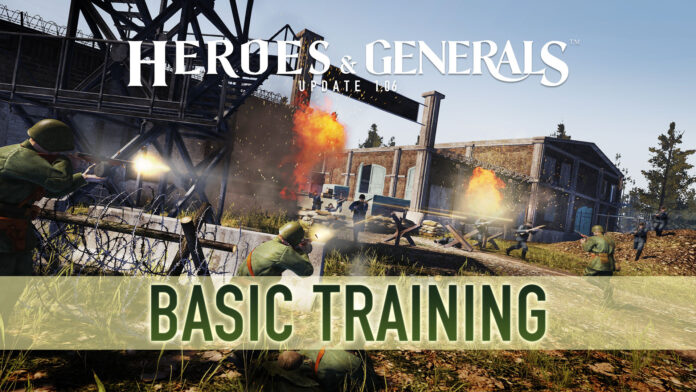 Having made a difference for new players with the just released ‘Basic Training’-update, independent game studio Reto-Moto also put together an Easter egg for all soldiers in the MMOFPS Heroes & Generals.

The ‘Basic Training’-update for Heroes & Generals aims to provide new players with a better and more fun first time experience – giving ‘newbies’ a fighting chance and an opportunity to learn the basics of the game by adding task based tutorials as well as tutorial bots to fight with and against.

“With this update we have created our first immersive tutorial as a natural part of the game, where you get to learn the rules of combat while playing the actual game. We want to ease you into what Heroes & Generals is all about, and we want you to have a great time while getting a handle on things,” says Jacob Andersen, Game Director at Reto-Moto.

To get new players faster into battle and make these a bit easier to play, the “Basic Training”-update adds tutorial bots to the game. When a new player enters into battle for the first few times, the servers will only wait for other human players a short while before it tops-up the player’s team with tutorial bots, and matches them against an enemy team consisting only of tutorial bots.

“As a new player you get to have it a bit easy at first. However, after four to five battles you graduate from basic training, and you will go to war facing other human playersas opponents. So you better make the most of your training,” says Jacob Andersen.

Free easter egg for everyone
Furthermore, Heroes & Generals players get a free Easter egg, in the form of a voucher, containing nine different specialist ribbon boosters that will help their soldiers to become weapons experts and unlock weapon modifications faster. Players only need to enter the voucher code HAPPYEASTER2017 in game to claim the boosters.

The full changelog for the Update 1.06 ‘Basic Training’ can be found here.
Heroes & Generals is available for free at HeroesAndGenerals.com.