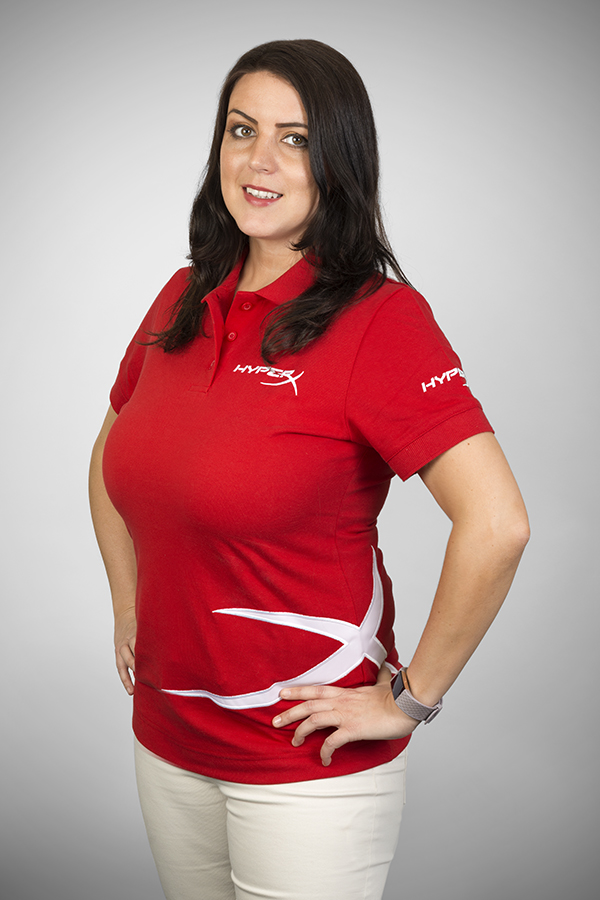 More and more consumers are enjoying esports and online gaming. As the industry continues to develop and grow, its influence becomes more and more attractive to a variety of creative industries, including fashion.

For fashion brands, one of the major challenges has long been to maintain relevance in a rapidly changing industry by finding new and innovative ways to engage with its consumers.

– Although the merger between the gaming and fashion industry is not entirely new, the relationship between the two industries has certainly grown in recent years, and we have seen how many major brands have chosen to integrate gaming and esports into their product experience – through collaborations in the form of branded games, experiences in physical stores and sponsorship of various teams and events, says Jessany van’t Hoff, Strategic Alliances Manager, HyperX EMEA.

In 2019, Tyler Blevins, better known as the streamer “Ninja”, became the first professional gamer to design a signature shoe with Adidas. In addition to Adidas, who also created team jerseys and uniforms for esports teams such as Team Vitality from France, other major athletic brands have also moved to the esports scene. Last year, Nike announced its partnership with the League of Legends Pro League and became the official supplier of shoes and clothing to 16 professional teams in China. During the same year, Puma launched a sock specifically designed for gaming. The gaming sock were developed together with professional esports athletes and came with four different modes: seek, attack, cruise and defence.

Towards the end of 2019, a somewhat more surprising collaboration was announced between Louis Vuitton and game developer Riot Games. Together they produced a series of digital skins for characters in League of Legends, as well as a capsule collection that could be worn outside the game. At the League of Legends World Cup final in November, 44 million spectators witnessed how the winning team FunPlus-Phoenix lifted the winning trophy next to a designer bag designed by the French fashion house.

Last year, HyperX announced a collaboration with the athlete brand Champion, and in October a gaming inspired capsule collection was launched.

– The purpose of the collection was to give HyperX fans, and gamers in general, the opportunity to stylishly express themselves and their passion for gaming, says Jessany van’t Hoff, Strategic Alliances Manager, HyperX EMEA.

This summer, HyperX and eyewear manufacturer EyeKing are also launching a pair of gaming glasses designed by esports team Panda Global – the first of their kind.

Looking at the size and rapid growth of the industry, it is perhaps not so surprising that fashion embraces the gaming and esports world. According to market analyst company Newzoo, the global gaming market in 2020 is expected to generate a revenue of $ 159.3 billion – an increase of more than 9.3% from the previous year.

Whether through digital avatars, major sponsorship deals, branded game launches, or a pair of gaming socks, the fashion industry has shown that it has a strong interest in gaming as a new way to engage with an increasingly digital audience.

– Although fashion and gaming can seem like a somewhat unlikely match at first glance, the two industries actually have a lot in common. On one hand, they create the opportunity to go into a character, but both also symbolize the idea of ​​having objects that make you strong and more powerful, says Jessany van’t Hoff, Strategic Alliances Manager, HyperX EMEA.

Gaming is no longer a child’s play; it is rather a growing industry with a huge capacity for creativity and imagination – two things that also characterize the fashion industry. The fashion world’s entry into the gaming world speaks its clear language – the interest in gaming is flourishing.