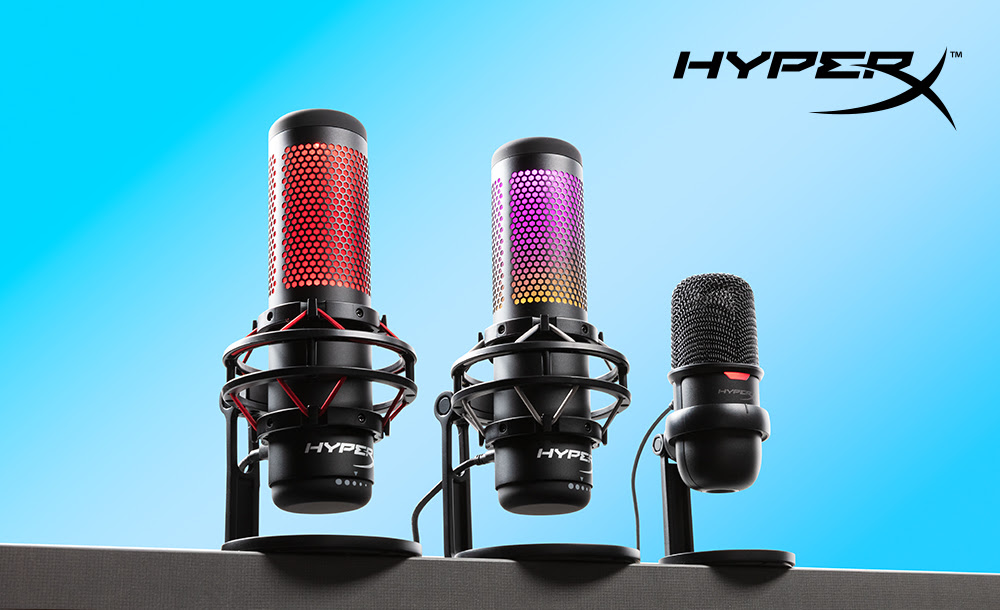 HyperX, the gaming peripherals team at HP Inc. and brand leader in gaming and esports, today announced it has surpassed the one million shipping milestone with its line of USB microphones. Initially introduced into the microphone market in 2019, the HyperX QuadCast™  USB microphone became a popular choice for gamers, streamers and influencers. As demand for microphones increased, HyperX expanded its portfolio with the customisable QuadCast™ S and affordable SoloCast™ to fulfil the need for gamers, content creators, students and WFH pros to be heard, stay active in their communities and productive at work.

“HyperX is pleased to support a thriving community of content creators, influencers and gamers with the highest quality gaming products to meet their individual setup needs,” said Paul Leaman, Vice-President, HyperX EMEA. “Our continued efforts have created a line-up of microphones that deliver clear and consistent sound not only for gamers, streamers, and casters, but also students and business professionals alike.”

HyperX microphones feature a unique, easy-to-use tap-to-mute sensor with LED status indicator, offering users a visual LED lighting cue when the microphone is active. These versatile microphones also fit 3/8-inch and 5/8-inch threaded setups for compatibility with most mic stands and boom arms.2 All HyperX microphones are compatible with PC, PS4™ and Mac® and work on major streaming platforms like Streamlabs OBS, OBS Studio, and XSplit and are certified by Discord and TeamSpeak™.

The HyperX SoloCast USB microphone leverages a single condenser design with a rotatable stand and adjustable tilt to fit in small, tight spaces such as under a monitor. This Plug N Play microphone uses a cardioid polar pattern that prioritizes sound sources directly in front of the microphone to deliver quality audio for video editors, streamers, gamers, and more.

Since the QuadCast microphone launched in 2019, HyperX has expanded its microphone offerings to bring gamers, streamers and content creators a range of options for high-quality, reliable sound. The HyperX line-up of microphones has won many awards and is the preferred microphone for many content creators, influencers, gamers and teams, including FaZe Clan, Team Liquid, XSET Gaming organizations.