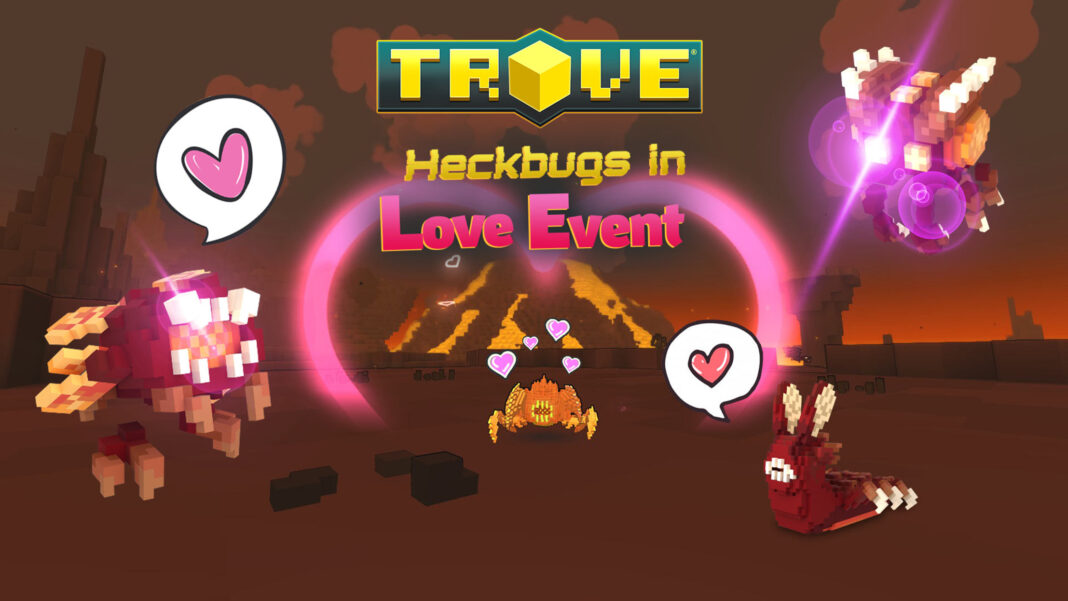 Whether you’re a Trovian that’s currently in love, looking for “the one,” or prefer to be a lone wolf, gamigo invites you to jump into the world of Trove to take part in its Heckbugs in Love event. These uniquely popular bugs have found their way back into the voxel-based MMORPG to teach players that even Heckbugs can find love. Learning this valuable lesson – or at least completing some in-game events – will reward Trovians with some unique items like the Heckbug Ball Mount or the Bouncin’ Heckbug.

For this year’s event, players can participate in an 8-step quest chain where they’ll find themselves in a Geodian Cave called Sunken Sunvault, where the Heckbugs have stumbled into. Players will then need to aid them, and upon completion, will earn a new lockbox that rewards Crystals, Heckbug Eggs, a new Heckbug Ally, and even the Heckbug Baby Mount from 2020’s event. Heckbug Eggs can also be found while exploring the caves and can be hatched to unlock 3 new companions.

Trovians that participate in this quest for love will receive an extra temporary Heckbug ally that can help fight – and possibly fall in love with – enemy Heckbugs. Considering invasions will appear twice as often with Shadow Heckbugs replacing Shadow Giants, players are going to need all the help they can get to survive. The Dragonfire Peaks zone has also been taken over by these pests from purgatory that have a shield which can only be disarmed by the player’s companion Heckbug. Breaking their defenses will allow players to damage them more effectively. Defeating these agonizing arachnids gives players the chance to earn a Skittering Heart Box which may contain a Bashful Lovebug Mount or a Dormant Block Dragon Egg.

The Heckbugs in Love special event runs from February 8th through February 22nd.