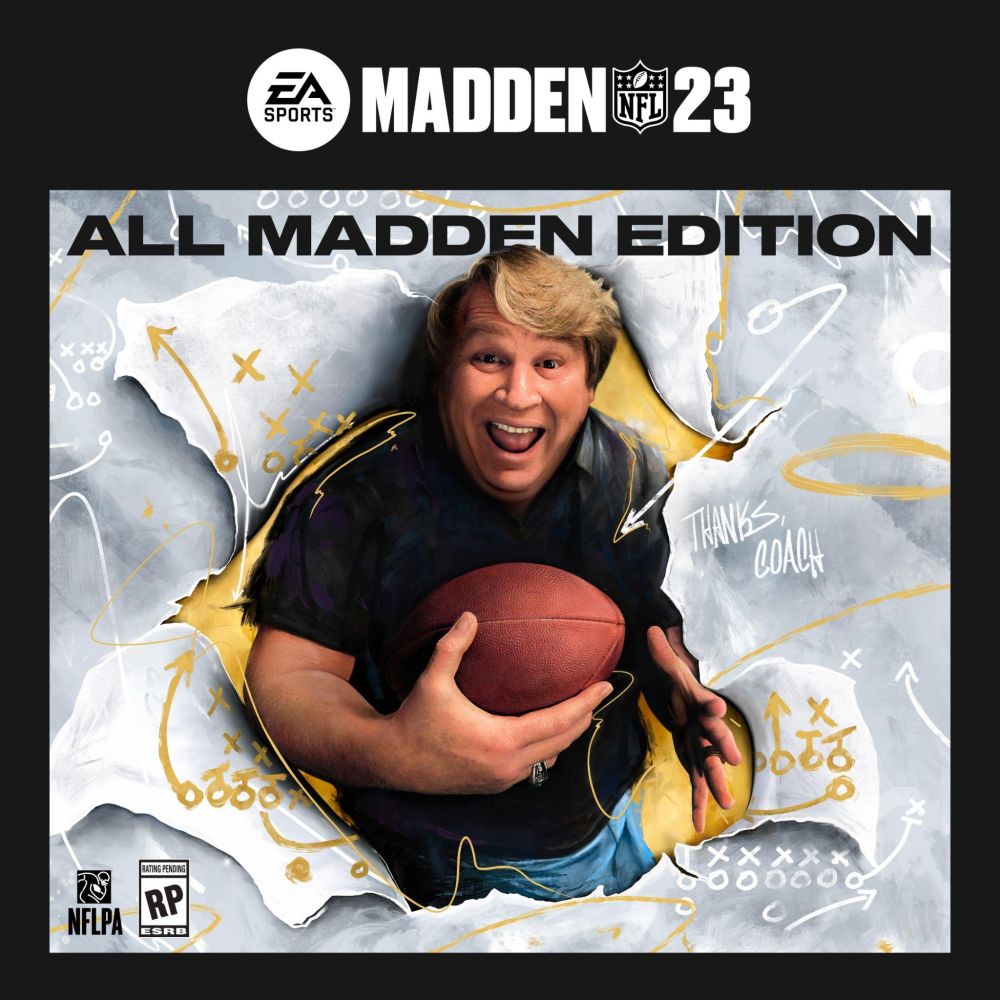 Following #MaddenDay, which celebrated Coach John Madden and his return to the cover of EA SPORTS™ Madden NFL for the first time in more than two decades, Electronic Arts Inc. (NASDAQ: EA) today revealed brand-new gameplay features landing in Madden NFL 23 when the game launcheson August 19 worldwide. Madden NFL 23 delivers the ultimate, authentic 11v11 American football simulation experience. Headlined by the game changing impact of the FieldSENSE™ Gameplay System – a new foundation for consistent, ultra-realistic gameplay – only available on PlayStation®5 and Xbox Series X|S versions, players will have more control in their hands at all positions in every part of Madden NFL 23.

Through new technology and mechanics, FieldSENSEdelivers a gameplay flow with realistic outcomes on the field. FieldSENSEleverages animation branching technology to enable Hit Everything, which redefines the physical interactions during the play allowing players to fight for every inch and change the outcome of tackles – whether mid-air or on the ground. It also provides new mechanics such as 360 Cuts, giving players the ability to change direction on a dime while controlling ball-carriers, and Skill Based Passing, a new way to pass that offers players the ultimate control to place the ball exactly where they want, with the power they want.

“Coach Madden lived and breathed American football and his commitment to authenticity is at the heart of EA SPORTS,” said Aaron McHardy, Executive Producer of Madden NFL Gameplay. “Coach Madden had a vision for the most realistic 11v11 American football simulation possible and with FieldSENSE the game is more authentic this year and beyond. We can’t wait for our fans to feel the control they have in Madden NFL 23, the new features we built with FieldSENSE put the power in their hands to make big plays all over the field.”

Regardless of the mode, FieldSENSE changes gameplay across Madden NFL 23, giving players the control to showcase their skills on the sticks, and to become gamechangers on the field. Coupled with a multitude of improvements to core gameplay systems that upgrade the American football fundamentals like zone coverage, the pass rush, and containing mobile quarterbacks, Madden NFL 23 hits a new level of gameplay balance.

Presentation across the game also gets a boost with new Player Body Types, gear and visuals rebuilt from the ground up using new NFL player full body and game day gear scans for the first time. Hundreds of new player and coach likenesses have also been scanned for launch, with more delivered all season long. Plus, new player-focused 4K touchdown cameras that recreate the latest NFL broadcasts, lead to unprecedented NFL realism.

Face of the Franchise: The League is back with a sharper focus on building a legendary NFL career across five skill positions, including cornerback for the first time, and the goal of joining the coveted Madden NFL 99 Club. FieldSENSE brings player-specific mechanics all across the game and because The League is a player-locked mode, regardless of the chosen position in Face of the Franchise, there are new mechanics to master. New additions to Franchise Mode include top player requests like all-new Free Agency and Contract enhancements, improvements to Scouting, and updates to the Hub and Trade Logic, putting players in the owner’s chair to call the shots from the front office. Simplified team-building and convenient competition in Madden Ultimate Team™ allow fans to assemble the most powerful roster of current stars and legends of the NFL.