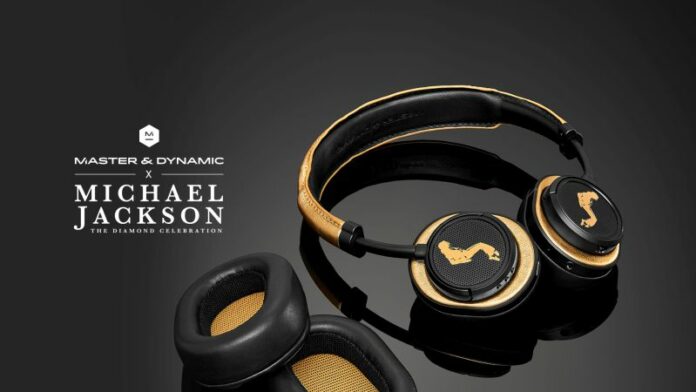 Dubbed the “King of Pop,” Michael Jackson is one of the most iconic performing artists in the world. Throughout a four-decade long career, he entertained and innovated as a brilliant and creative singer, songwriter, dancer, and choreographer. To honor and celebrate Michael Jackson’s 60th birthday, this September Master & Dynamic will release a limited-edition MW50+ Wireless On-Ear and Over-Ear Headphones in black metal and gold and black leather featuring an iconic image of Michael Jackson on each ear cup. With interchangeable on-ear and over-ear pads for two listening experiences, the Michael Jackson MW50+ Wireless On-Ear and Over-Ear Headphones will be available at a limited number of retailers worldwide in the U.S., U.K., EU, Japan, Australia, and China.

An artist with an unrivaled cultural impact, from both his legacy and his countless contributions to music, fashion, and dance, Michael Jackson and his work continues to resonate with hundreds of millions globally. He invented and popularized dances such as the “moonwalk” and “robot,” and Thriller, the best-selling album of all time, had music videos that broke racial barriers and cemented video into a creative art form. Now, Master & Dynamic is honored to be named among Michael Jackson’s long list of notable collaborators.