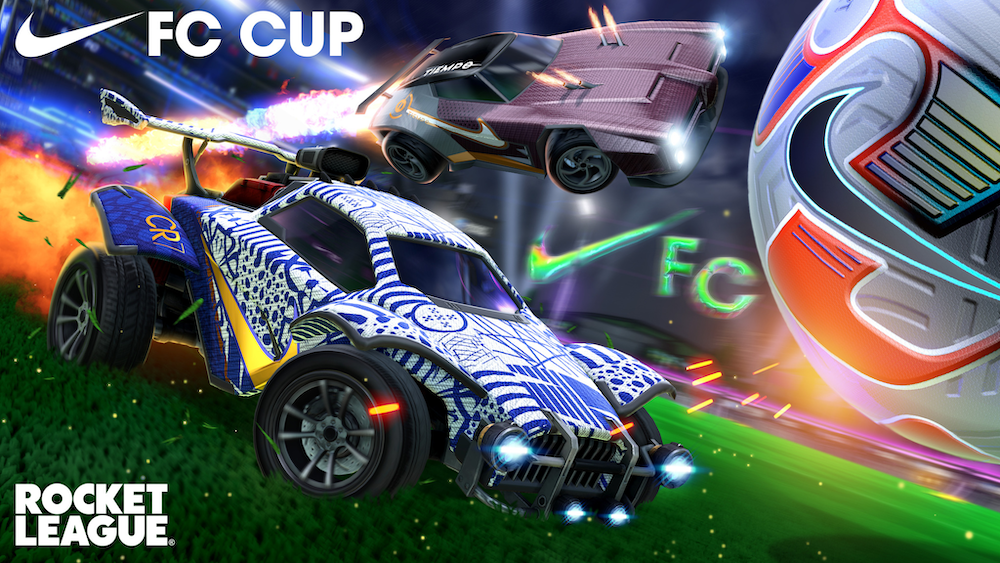 Psyonix is once again partnering with Nike to introduce the Nike FC Cup Event in Rocket League. The event takes place from November 17 through December 6 and will feature in-game Challenges and Rewards, a Fan Clash Event, a New Nike-Themed Limited Time Mode, and Item Shop content inspired by some of football’s biggest stars!

The Nike FC Cup spans multiple weeks with content being released on November 17, followed by another release on November 30. The content will release as follows: