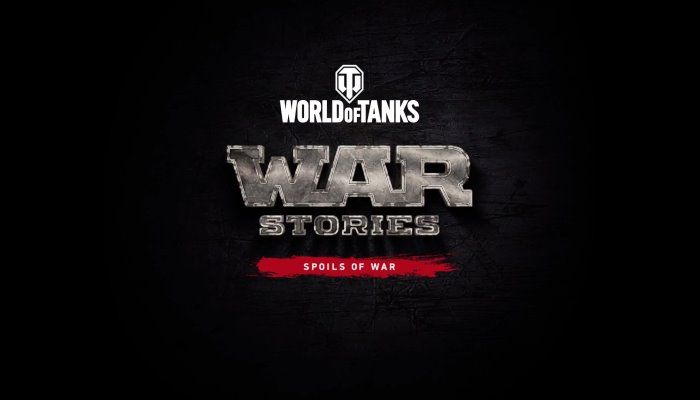 In Sieben Ritter, a small town on the German-Polish border hopes to survive in the crossfire for long enough to surrender to the Allies, but an incoming Soviet force may extinguish any hope they had left. Will Captain Karl Staupe and his Sieben Ritter refuse to answer the call to a final stand in Berlin, and instead stay and fight to save the doomed town? This chapter takes inspiration from the legendary 1952 Japanese film Seven Samurai, which sees a band of rōnin – samurai without a lord or master – fighting off a gang of bandits from a farming town.

The second chapter, The Connoisseur, stars Sergeant Frank Martinez, who is tasked by the Allies with destroying a cache of stolen art and priceless treasures. However, a band of German soldiers have also set their sights on the treasure and taken it for themselves. Sergeant Martinez gives chase, but can he succeed in recovering some of the world’s most sought-after treasures before they’re lost to the pages of history? ‘Kunstschutz’ was the German practice of preserving art during times of conflict. The Allies saw this as looting, and it was a major point of contention during and after the war.

The thrilling third and final chapter of the Spoils of War trilogy is set in a town on the German frontlines, where a Soviet artillery commander has been selling food on the black market to keep its people from starvation. Soviet high command has discovered the dealings, and scrambled an armored NKVD unit to restore order and bring justice. Captain Anatoly Petrov, risking capture and punishment for defying his superiors, decides to rebel against Soviet high command and fight back. Potemkin takes its name from the 1925 silent film Battleship Potemkin, which tells the story of the rebellious crew of a Russian battleship.

The three new Spoils of War chapters join five other adventures in the War Stories universe, with the story mode being exclusive to World of Tanks on home consoles. Each War Stories campaign explores a different concept or setting, ranging from alternate history operations to fantasy stories and is available free of charge. Operation Sealionpresented an all-out invasion of London by Axis forces, and Kennedy’s War saw a Cold War turn hot and the ensuing struggle to prevent a nuclear holocaust. The latest chapter, Runaway Tiger, starred War Stories’ first female protagonist, who infiltrated a German stronghold in Egypt to steal one of their newest and most terrifying weapons.

The single-player and co-operative online missions act as an immersive and intuitive introduction to the beating heart of World of Tanks: an exhilarating, massively-multiplayer online battle mode. Since its first release back in 2014, the game has expanded from 100 tanks from three nations and only 12 available maps to include over 660 tanks from nine different nations, battling it out on over 90 unique maps in 2018. To date, over 14 million players have joined the game, firing over 10 billion shells, destroying over 570 million tanks, and waging war across over 34 million epic battles.