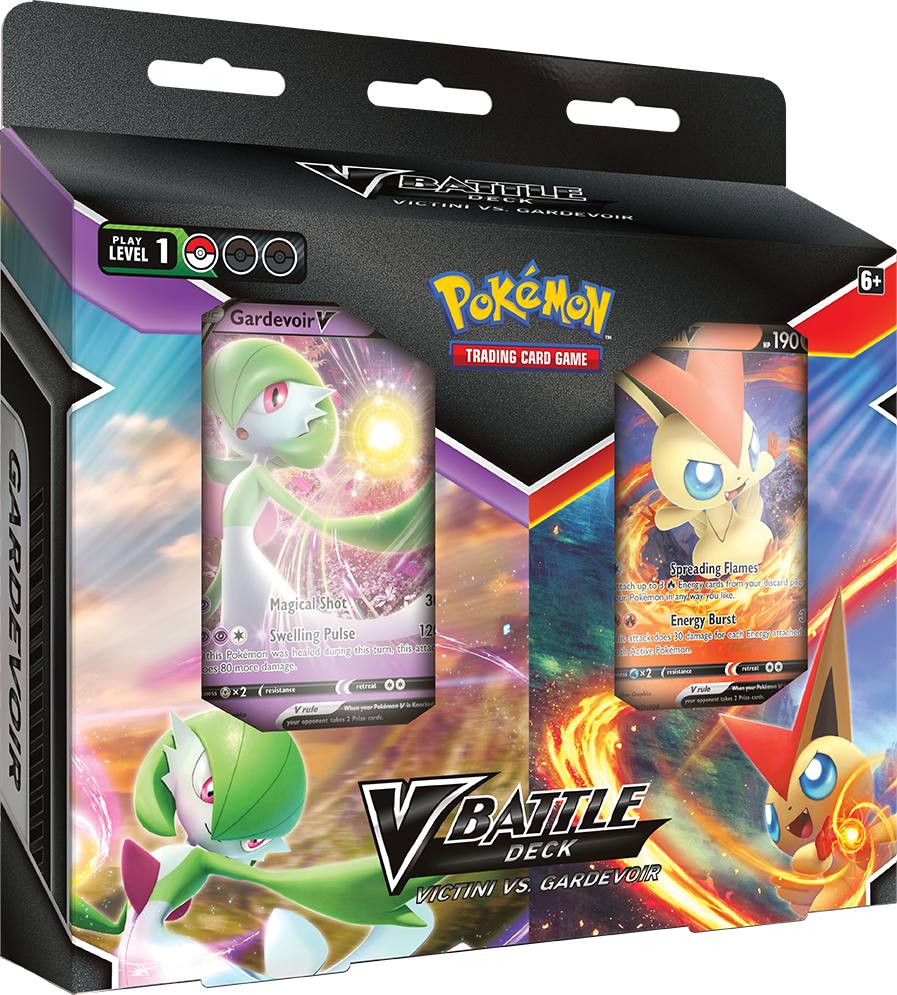 V Battle Decks are perfect for Trainers who started learning how to play the game with Battle Academy, the first-ever board game adaptation of the Pokémon TCG, and want to take their gameplay skills to the next level. These decks also make great companions and extensions to Battle Academy, as Trainers can swap out the cards in the board game with those in the V Battle Decks.

For additional information about the Pokémon TCG, visit Pokemon.com/TCG.