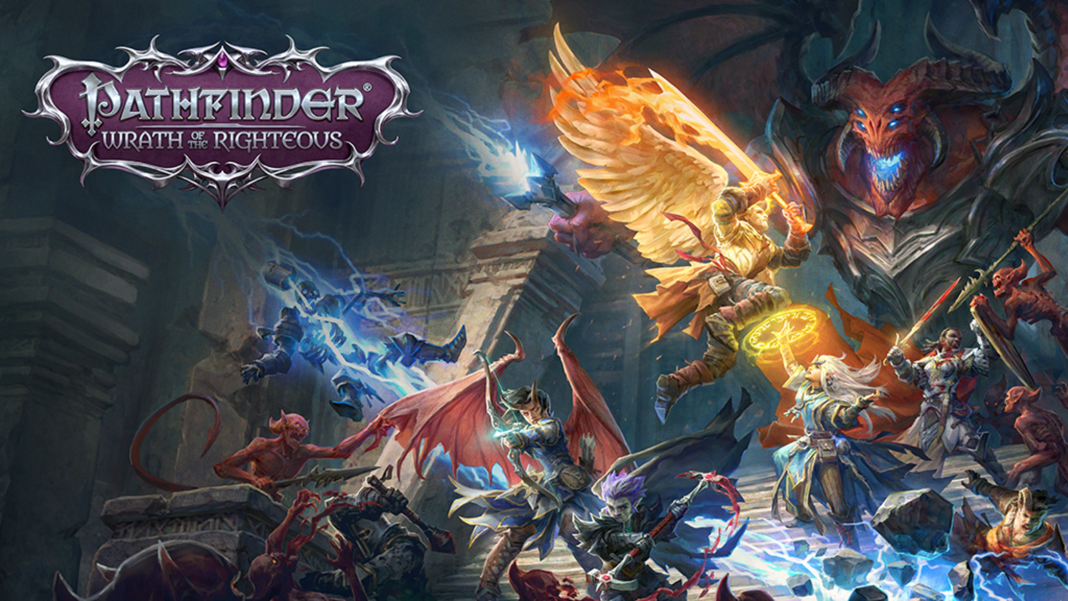 Owlcat Games and META Publishing have released a new trailer for Pathfinder: Wrath of the Righteous, inviting players to save a dark and gritty demon-infested world from ruin.

After an incredible $2m Kickstarter campaign and successful beta release, the console version of the game is launching on 1 March 2022 on Playstation 4 and Xbox One.

To celebrate the console release date, a new trailer was premiered during Microsoft’s Twitchgaming Showcase: ID@Xbox revealing the main villain and companion cast that will interact with the players on their journeys; details about the new characters, gameplay mechanics and mythic transformations were also unveiled.

To fight against the demonic invasion, players will choose a mythic path, which grants them a unique skill set, followed by a distinct narrative arc – ultimately leading them to their mythic transformation.

>As Commander (i.e. leader of the group),  players can become a celestial angel, raging demon, powerful lich, a cunning trickster, otherworldly aeon, a rebellious Azata, a wise gold dragon, an insatiable Swarm-That-Walks, or remain a mortal and walk the arduous path toward becoming a living legend.

Mythic transformations allow players to increase the rank of their chosen path earning new skills and abilities; it also has an impact on the world around them including the capital city and largest fortress in the game: Drezen.

The trailer showcases crusade mode, along with mounted combat and tactical game mechanics. Crusade mode enables players to select their general, change the size of their army and explore the map. It also shows how many movement points that are left, overall combat morale, army strength and enemy strengths.

Animal companions will be useful for mounted combat, as they come with their own full-scale progression systems and levels of customization.

Owlcat Games and META Publishing are excited to remind you that the PC edition of Pathfinder: The Wrath of the Righteous is launching globally on 2 September  2021.