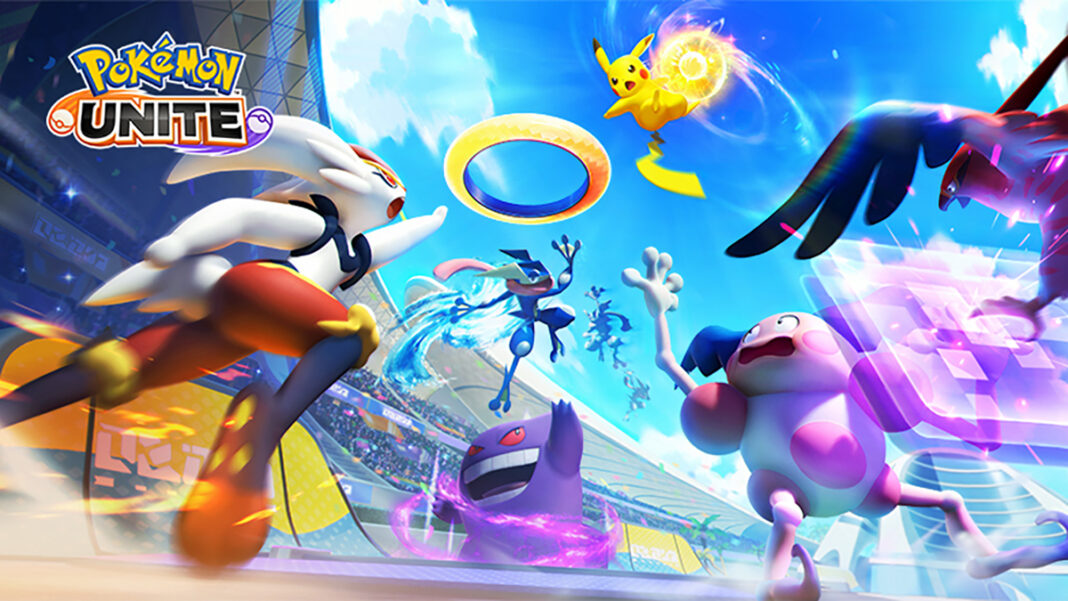 In Pokémon UNITE, players face off against each other in 5-on-5 team battles. During these battles, players will cooperate with teammates to defeat wild Pokémon and level up to evolve their own Pokémon. They will need to defeat their opponents’ Pokémon while trying to earn more points than the opposing team within the allotted time.

Timed with Pokémon UNITE’s release on Nintendo Switch, players will be able to enjoy the game’s first season, “Welcome to Aeos Island!” The season battle pass will feature many rewards, ranging from in-game currency to Holowear. Players will need to complete both daily and weekly missions throughout the season to raise their battle pass level and receive rewards based on that level. Additionally, players who purchase the premium pass will have the chance to earn even more rewards, including the Holowear Hip-Hop Style: Pikachu and Captain Style: Cinderace.

Pokémon UNITE will become available in September 2021 on mobile devices. Cross-platform play between Nintendo Switch and mobile devices is planned, which will allow players on both platforms to battle together and against one another. Additionally, if you log in using your Nintendo Account or Pokémon Trainer Club account, you’ll be able to use your game data on any device. Pokémon UNITE is free-to-start, with optional in-game purchases available.