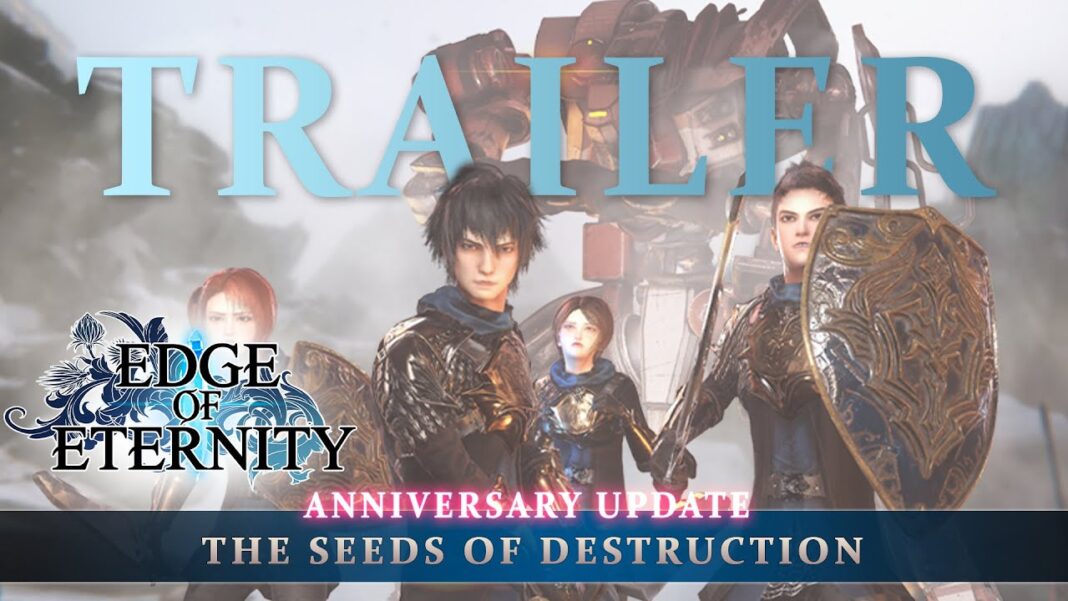 Chapter 0: The Seeds of Destruction will add around 2 hours of new content to the beginning of the game, including new cutscenes, music and a brand new tutorial, as well as introducing difficulty levels. The update will launch on Steam at 18:00 GMT.

Developer Midgard Studio and publisher Dear Villagers today launched another free major update to their ambitious Early Access JRPG Edge of Eternity, which is currently available on Steam Early Access. The new update, titled “Chapter 0: The Seeds of Destruction, is a prologue for the game, and will serve as a brand new story-rich introduction to the world of Edge of Eternity. Chapter 0 adds around 2 hours of new content to the beginning of the game, including new cutscenes, music and a brand new tutorial, as well as introducing random battle encounters and difficulty levels to the game for the first time.

In Chapter 0: The Seeds of Destruction players will explore the dark, complicated past of Edge of Eternity’s main characters, Daryon and Selene, find out more behind the nature of the all-consuming Corrosion and learn about the menace that threatens the world of Heryon. It will serve as the perfect introduction to Edge of Eternity for new players, as well as adding new depth to the story for all existing players.

Free major updates will continue to expand the game world (which already offers more than 25 hours of gripping gameplay), improve existing content, and adding major new story chapters throughout the Early Access period, ahead of the full launch on PC, Xbox One and PlayStation®4.

Edge of Eternity was made possible by over 4,000 fans who made the game a reality via a successful Kickstarter campaign. The crowdfunding was so successful that Midgard Studio were able to work with the legendary JRPG composer of Chrono Trigger Yasunori Mitsuda. You can hear the result of that partnership on the latest trailer on the Steam Store Page.

About Edge of Eternity:

Full details of what’s happening in the Early Access for Edge of Eternity, and what’s coming in each of the updates can be read in full here.