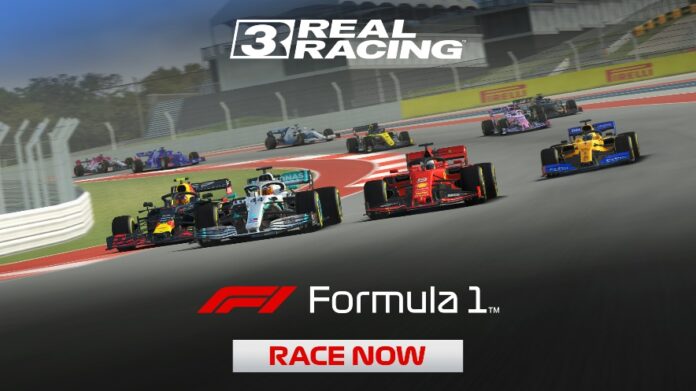 Electronic Arts (NASDAQ: EA) and Firemonkeys Studio today announced their new and first-time licensing partnership with Formula 1®. On November 26, Real Racing 3will launch its newest update, bringing players an experience unlike anything that has been in-game ever before. Representing the first F1 content integration of its kind in the mobile gaming space, the update will include the following:

“The partnership between EA Firemonkeys and Formula 1 is an incredibly exciting opportunity for our players to experience the next evolution of the game in a new and innovative way,” said Joe Donoghue, General Manager at EA Firemonkeys. “This collaboration means that fans of Formula 1 can for the first time ever access and play as their favorite Formula 1 teams and drivers in Real Racing 3.”

Launched in 2013 and boasting over 250 cars and 20 real-world locations, Real Racing 3 is the award-winning franchise that set a new standard for mobile racing games. With the inclusion of Formula 1 on November 26 – available on iOS and Android platforms – the EA Firemonkeys team will deliver the single most requested piece of content by Real Racing players, kickstarting the next phase of Real Racing: Motorsports.

Timed to coincide with the FORMULA 1 ETIHAD AIRWAYS ABU DHABI GRAND PRIX 2019 at the Yas Marina Circuit on December 1, the in-game integration of Formula 1 content will bring players not only fresh events and challenges, but also an upgraded gameplay experience. These changes include a Formula 1 hub, daily race, champion series, Grand Prix career special events and invitationals, in addition to a Formula 1 Academy designed to give new players an introduction to Real Racing 3 and the Formula 1 motorsport career.

Alongside the new F1 events, challenges and gameplay experiences coming toReal Racing 3, there will be a wide variety of additional content for players to enjoy, including a new original soundtrack by Australian producer Ryan Kurt.

Real Racing 3 is available for download* on the App Store and Google Play.