Anthem is a social, connected Action-RPG with cooperative multiplayer at its heart. Players customize an array of powered Javelin exosuits and team up to face a dangerous and ever-changing world through exploration and combat.

In Anthem, up to four players explore and battle in a dangerous, mysterious place populated by great characters and a unique BioWare story. Players will also create stories of their own while they play, so no two journeys are the same. Javelin exosuits make their pilots powerful heroes in the world, with awesome weapons and incredible special abilities that allow for combat and exploration in a hostile environment. Players will be able to customize and personalize their suits with unique paint jobs and gear so they’ll have the right tools to confront almost any situation, and look good doing it.

The innovative new single player and co-op puzzle platformer comes from the Swedish studio that brought to life Yarny, the tiny red woolen character that captured the hearts of players in 2015 with the hit indie game, Unravel. Unravel Two builds off of the original game and centers on the bond between two Yarnys, which can be played as a single player or local co-op drop-in/drop-out experience, available beginning today. The two Yarnys will need to support one another as they work through tricky trials and traverse between beautiful natural landscapes and intricate urban environments, with the surroundings blossoming into new life as they embark on an adventure together.

“Unravel Two is about the new bonds that form when we cut ties to the past,” said Martin Sahlin, Creative Director at Coldwood. “Like Unravel, it is a deeply personal game for the studio and our passion and life experiences are intertwined in the fabric of the journey players and their Yarnys will embark on. Unravel Two is about the unbreakable bond between friends and how hope and love can make the world around us a better place.”

Unravel Two features an evocative story filled with energy, intrigue, and inspiration, as well as ominous threats. Players can customize their own Yarnys by helping others in Unravel Two, as they jump, slide, swing and run along their adventure with two Yarnys side-by-side or joined together, always. The engaging and lighthearted story of Unravel Two demonstrates the power of positivity in the face of uncertainty.

Taking advantage of mobile’s touch interface, Command & Conquer: Rivals gives players continuous control of their armies as they face off in intense head-to-head battles where skill and strategy are key to victory.

“As huge fans of the strategy genre, we wanted to build a great RTS on mobile. Rivals embraces the spirit of the Command & Conquer franchise and reimagines gameplay to deliver our vision,” said Michael Martinez, General Manager of Redwood Studios. “Rivals is specifically designed for mobile, so we’re giving players quick, head-to head live battles with continuous unit control, where skill and strategy reign supreme. The Google Play Pre-Alpha test allows us to put the game in the hands of our players earlier. We can’t wait to hear what they think and will use our players’ feedback to make Rivals better. We, the development team, are committed to delivering a fun, fair, and competitive experience for all players.”

True to RTS games, planning and strategy are the keys to victory in Command & Conquer: Rivals. The intuitive mobile controls of the game allow players to focus their efforts on high-level strategy while also engaging in tactical battles. Each match requires a unique approach to a player’s army composition and build order, where players must create winning combinations of infantry, tanks, aircraft, and hi-tech behemoths in order to defend and out-maneuver an opponent.

Players will choose between the Global Defense Initiative and the Brotherhood of Nod factions, selecting their favorite Commanders to control their ultimate army in battle. By collecting, customizing, and upgrading a vast array of units and forces from the iconic Command & Conquer series, you can defeat your rivals on the battlefield and lead your army to victory. 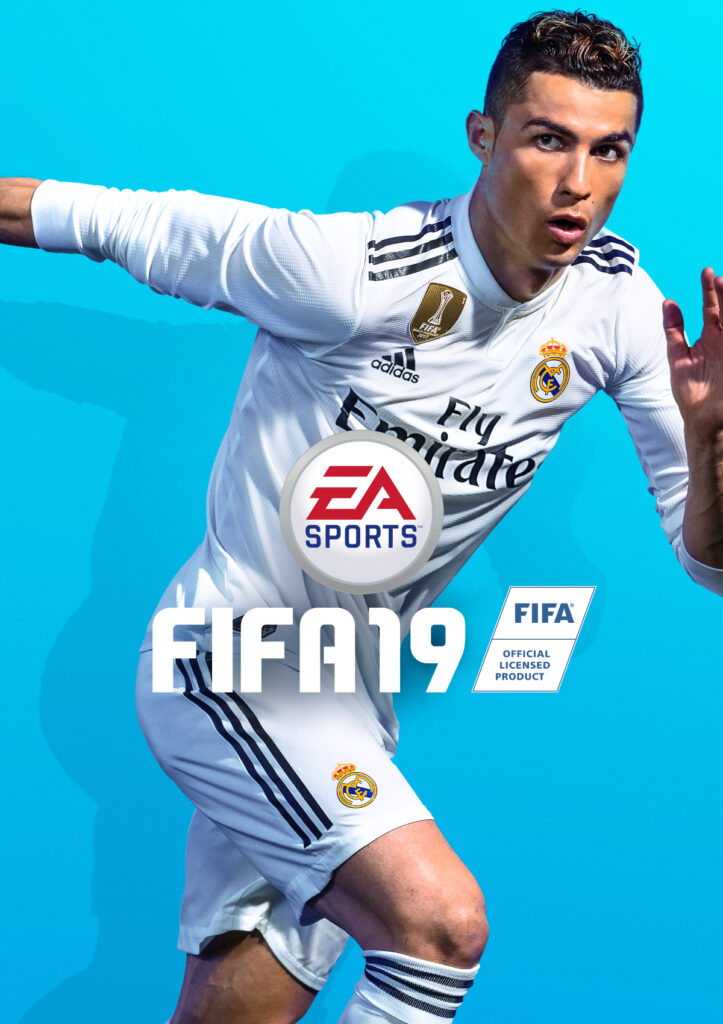 The UEFA Champions League has been one of the most requested features from players for over a decade, and we’re so excited for one of the World’s biggest competitions to join The World’s Game in FIFA 19,” said Aaron McHardy, Executive Producer for EA SPORTS FIFA. “We are elevating the experience this year in so many ways, from integrating UEFA Champions League content across the game, to adding a variety of new features that bring more control to gameplay.”

Fans can achieve glory in the brand-new UEFA Champions League tournament mode featuring all the drama from the group stage through to the illustrious final or play a custom version of the tournament with any European club of their choice included in the game.

In The Journey: Champions*, the dramatic finale of the narrative driven story mode, players will chase the UEFA Champions League trophy as iconic young footballer Alex Hunter, on PlayStation 4, Xbox One and PC. Alternatively, players can build their dream squad in FIFA 19 Ultimate Team™, featuring live and authentic content from the world’s most prestigious club competitions, including the UEFA Champions League and UEFA Europa League.

In PlayStation®4, Xbox One and PC gameplay, new features allow players to control the pitch in every moment, from tactical approach to each technical touch, including the all-new Active Touch System that changes the way players receive and strike the ball, 50/50 Battles where reactions and player attributes determine the outcome for winning loose balls across the pitch, the new Dynamic Tactics system gives players greater ability to setup their squads and customize their tactical approach, and more.

Starting this summer, players can join Origin Access Premier to enjoy full access to new EA releases on PC before anyone else, including the upcoming launches of EA SPORTS™ Madden NFL 19, EA SPORTS FIFA 19, Battlefield V™ and Anthem™.

“Millions of players have experienced the fun of playing more games through our subscription programs, and today we’re taking another groundbreaking step with Origin Access Premier,” said Electronic Arts’ Chief Executive Officer Andrew Wilson. “Origin Access Premier unlocks unprecedented levels of choice and value for players who love PC games. For the first time in a subscription, you’re getting new games like Madden NFL 19, FIFA 19, Battlefield V and Anthem, and full access to more than 100 games from EA and other publishers with a single membership. We’re thrilled to be opening up this new way for players to access great games, with the freedom to play what they want, whenever they want.”

Included in the Origin Access Premier membership is full access to EA’s upcoming highly-anticipated games on PC. Members can look forward to playing the following games:

Members will also receive the benefits from the current Origin Access Basic membership that already includes an evolving library of 100+ games, including Battlefield 1™, Mad Max and the Batman™: Arkham series, as well as newly added titles, including Need For Speed™ Payback, Inside, This Is The Police, Surge and more. Along with a 10% discount on Origin purchases.

Additionally, joining Origin Access Premier will give players a whole new way to play with life through unlimited access to The Sims™ 4, including content from the Digital Deluxe Update, Dine Out Game Pack and Kids Room Stuff Pack.