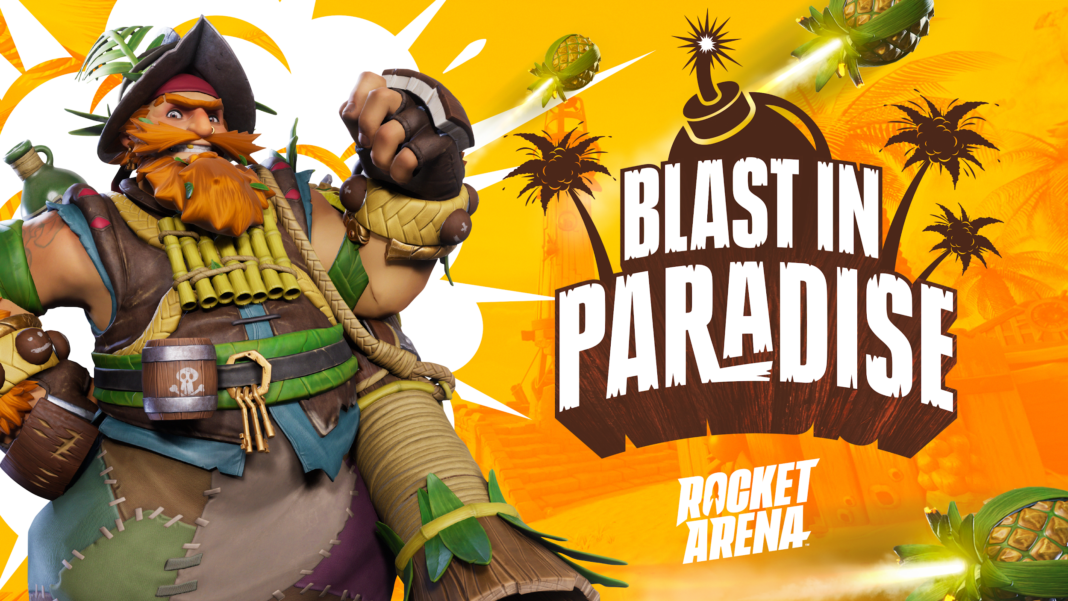 Rocketeers can traverse wrecked pirate ships settled in shallow waters in the Grand Harbor map, or test the waters in the foggy world of Lagoon of Doom. Crater’s Edge has secrets lurking around every corner, with a variety of key features and landmarks to stumble upon. There’s also plenty of free event rewards from Blastbeard’s Bounty, earned by logging into the event for consecutive days.

The Blast in Paradise event ends on August 26, but players will be able to enjoy Grand Harbor and Lagoon of Doom in matchmaking playlists and custom games after the event wraps.