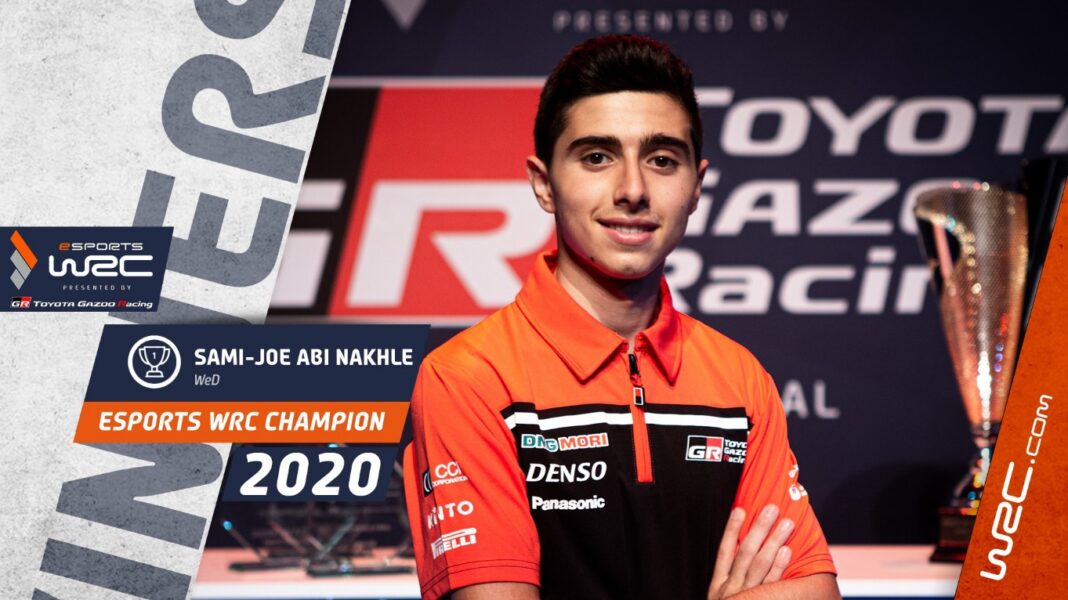 Following the grand finale of eSports WRC 2020 presented by TOYOTA Gazoo, NACON and KT Racing are pleased to revisit the victory of Sami-Joe Abi Nakhle.

Contested over eight qualification special stages and three final special stages on WRC 9, the six best drivers of last season competed in the Grand Finale 2020 on Saturday 14 August in Ypres. Sami-Joe from Lebanon, just 15 years old, ultimately grabbed victory with more than a 10-second lead over the defending champion, Lohan ‘Nexl’ Blanc. Victory was only decided in the last race of the day with just 0.059s separating the two competitors before the start. The standard of driving was such that Nexl was forced into an error with only a few hundred metres to go.

“It’s a dream come true for me. I can’t really believe what just happened. I’m speechless, I’m so happy,” said Sami-Joe after the race was over. “I couldn’t believe I was playing against Nexl, who has so much experience, is so consistent and really fast. It was amazing to compete against him in the final and with such a small gap between us going into the last special stage! Congratulations to him too.”

As winner of eSports WRC 2020, he won a Yaris GR from TOYOTA Gazoo Racing, the season’s main sponsor, as well as a variety of prizes from the event’s partners: Playseat, Fanatec, BenQ, FlexIT and TW Steel. And Sami-Joe could maybe repeat the feat in September on WRC 10, the latest edition of the official game of the FIA World Rally Championship, in the grand finale of the eSports WRC 2021 season, which takes place in Athens on 8 September!

WRC 10 will be available on 2 September 2021 on PlayStation®4, PlayStation®5, Xbox One, Xbox Series X|S, PC and on Nintendo Switch™ at a later date.