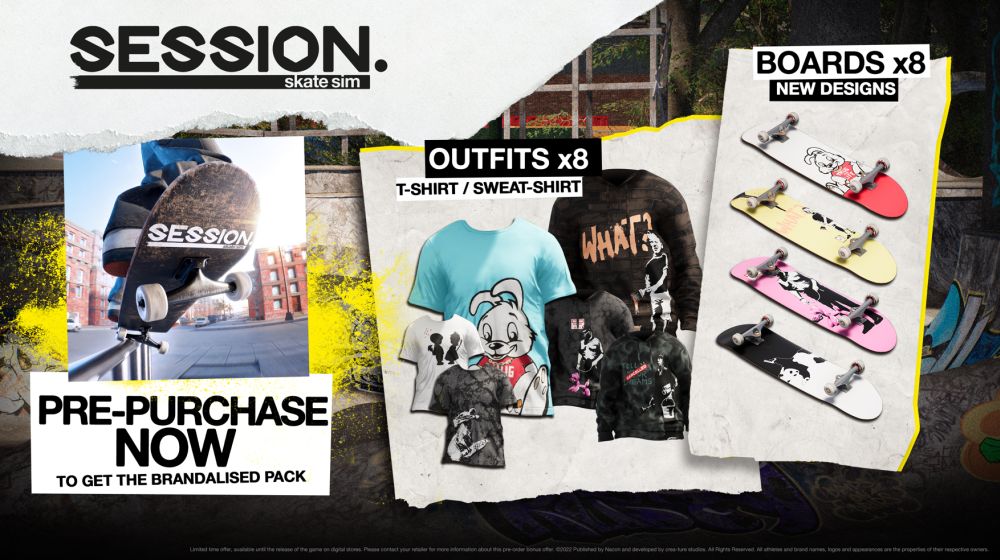 Designed by skateboarders for skateboarders, Session: Skate Sim celebrates the golden age of skateboarding in the 90s. Day or night, you play as one of the game’s 16 playable skateboarders and are free to explore iconic skateboarding locations. But to prove you have successfully pulled off a trick, you need to capture it on video. The game therefore includes a full-featured video editor, so you can immortalize your greatest achievements, day and night.

In Session: Skate Sim, skateboarding is just as demanding as in real life. You feel authentic sensations as soon as you pick up the controller thanks to innovative gameplay. With the dual-stick controls, implemented in a skateboarding game for the first time, each stick represents a foot. You need to think about how to pull off every move and transfer your weight just like you would on an actual skateboard.

The physics have been developed to add realism, fluidity and immersion. Just like in real life, it will take a few hours of practice to learn the techniques and feel confident enough to pull off your first real kickflip!

The game also has a system for completely customizing each skateboarder and deck. Players can complete in-game challenges to earn money, which can then be spent in skateboard shops. Two hundred items are available, including hoodies, shoes, helmets, T-shirts, and trousers from the biggest brands, such as Fallen, Zero, GrindKing, Thankyou, HIJINX Net, Antilanta, Roger Skate CO, No-Comply, iDabble and many others. You can also customize skateboard decks with 250 items available, such as wheels, grip tape, and lots more. As well as making your deck look great, these customization options also have a real effect on how you roll.