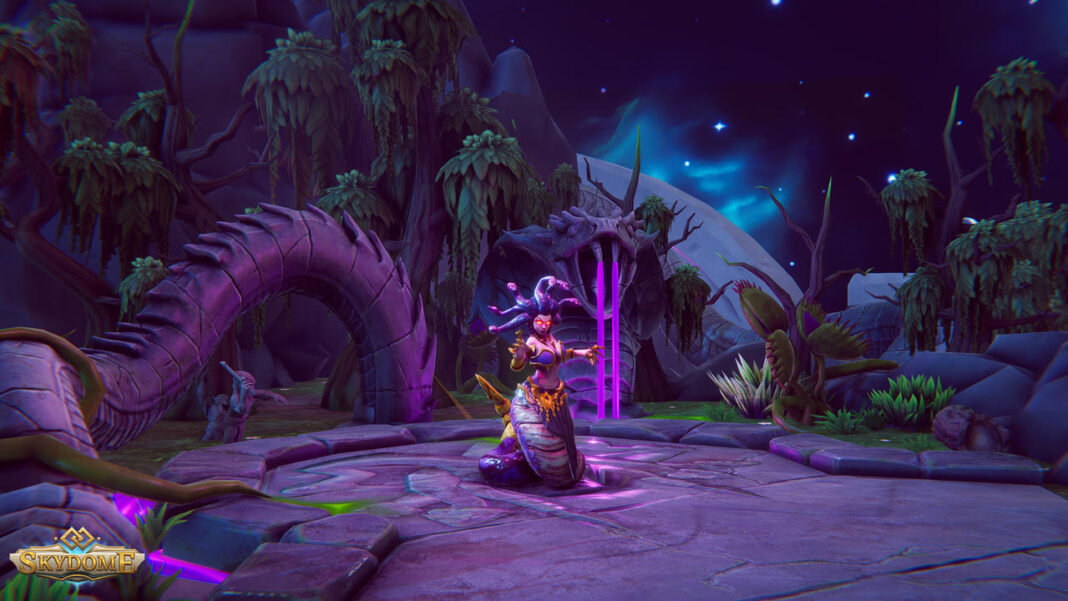 The unique Tower Defense – MOBA Hybrid will be available for everyone to play on July 14th on Steam and Glyph
Hamburg, Germany, June 24th, 2021 –gamigo’s thrilling new 4 vs 4 multiplayer online game Skydome will exit its closed beta phase on July 14th and be open for all fans of strategic MOBA gameplay on both Glyph, gamigo’s own online platform, as well as on Steam.

Skydome has seen thousands of thrilling online matches in its ongoing closed beta phase since April of this year and is now gearing up to open its distinctive battle experience to all audiences next month.

In preparation for Early Access, the game will also start offering a selection of exclusive Founder Packs on Steam, right at the start of the Steam summer sale going live today. These not only give fans the opportunity to get a selection of exclusive content at a hefty discount right from the get-go, but will also contain a full week of pre-release founder access, starting July 7th, before the official Early Access start on July 14th.  The game’s closed beta servers will be wiped before the founder access phase, offering a clean slate for Early Access.

Various Founder Packs are available, including three unique new Champions, each with their own special towers and abilities, as well as exclusive Founder Skins and badges. A further new champion will be added to the roster with the start of the Early Access.

With its unparalleled gameplay mix of tower defense and MOBA, Skydome displays a fresh take on arena battles, with a strong focus on defensive strategies in its a 4 vs 4 matches.