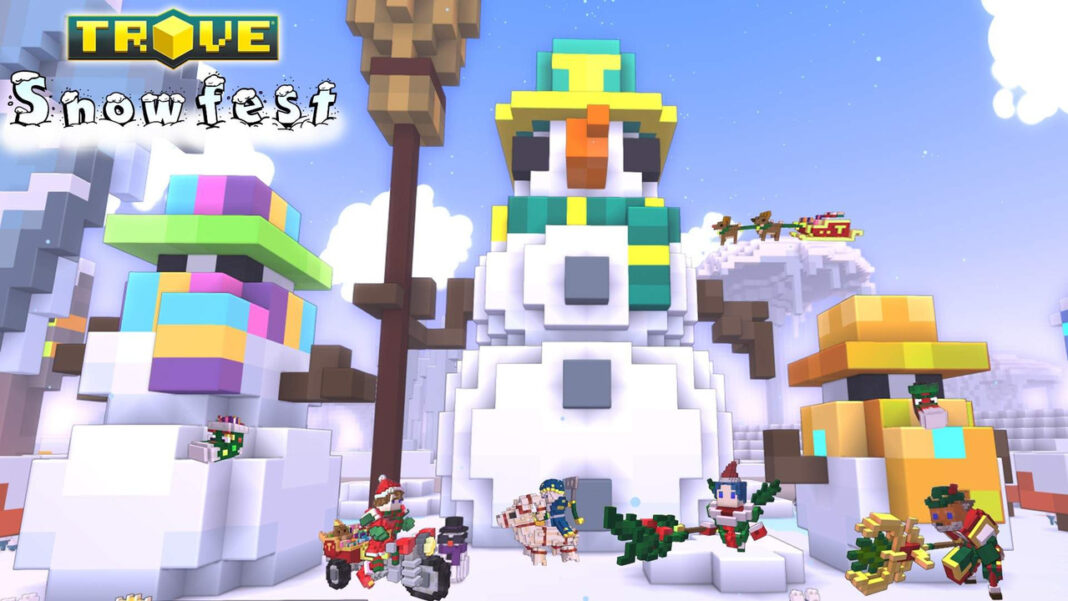 It’s the most snow-iest time of the year and  gamigo has plenty of presents for players of its Voxel MMO, Trove. Snowfest is here until December 28th and Trovians can take on new quests, a new mini-game and earn many new rewards over the next two weeks!

Trove’s Snowfest completely transforms its Hub into a Winter Wonderland filled with snow, wrapped presents, and plenty of holiday-themed decorations sprinkled throughout. Once Trovians are done walking in our winter wonderland, they can partake in a number of new wintery questlines and collections to receive some COOL rewards. These gifts include the Gardener and Tundra Champion skins, new allies like Lil’ Chillio II, Prancing Present, Rudy, and Mopes, the Ice Cart magrider, the Trovian Express mount, and the Gift Giver’s banner.

For Trovians looking to show off their pitching arms, the Bomber Royale Winter Edition Mode is the perfect place. This fast-paced and quick snowball fight is sure to put players in the holiday spirit as they dodge, duck, dip, dive, and dodge incoming attacks while retaliating with their own flings of frosty fury. Just remember the golden rule of snowball fights – NO ICEBALLS! 🤕

Considering this time of year is known to be the season of giving, Trovians can head to the Donation Station to offer resources for the greater good. Huge-hearted players will also be able to earn some amazing goodies in the process in addition to the warm feeling of doing good for others.