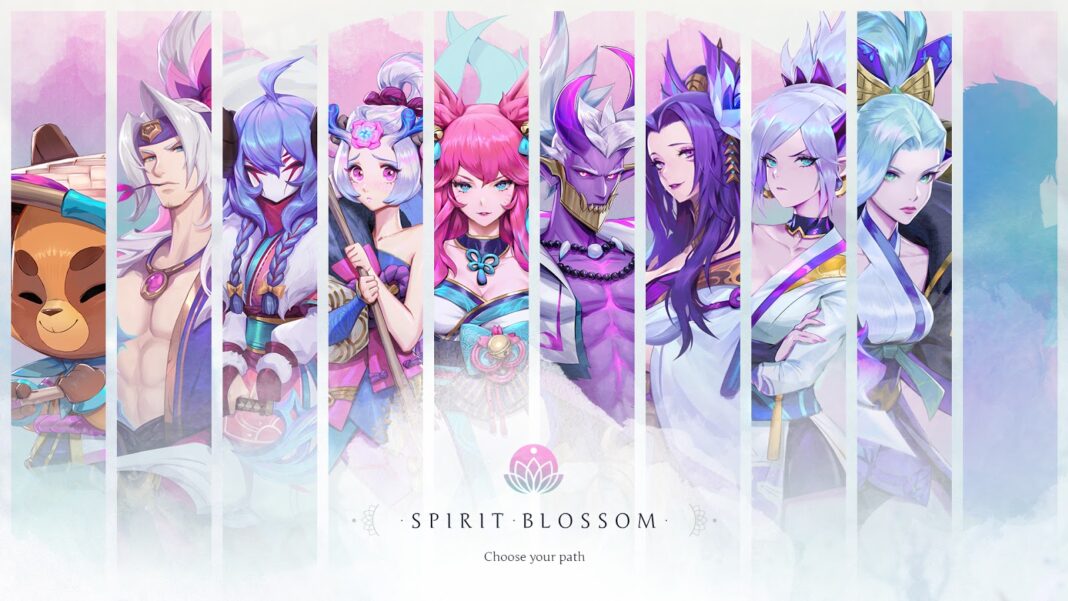 Riot Games today announced the arrival of Spirit Blossom, a month-long thematic experience that will span across three of their titles: League of Legends, Legends of Runeterra and Teamfight Tactics. The multi-game festival will run from July 22 to August 24, 2020 with new features, including a temporarily returning game mode (Nexus Blitz), a brand new narrative experience called Spirit Bonds, and a new skinline in League of Legends, new personalization items in Legends of Runeterra and Teamfight Tactics, and more.

The League franchise has pulled inspiration from anime before, but this is the first time it is embracing it with such depth of story, creative care and multiple-game coordination. The world of Spirit Blossom goes much deeper than other popular League thematics, such as Battle Academia and Star Guardian, challenging what an in-game “event” can accomplish and mean to all players.

The initial inspiration for Spirit Blossom came from the idea of taking spiritual folklore and applying it to League, with the aim of giving players a new way of interacting with their favourite champions as if they were entirely new characters in a new folkloric universe.The story begins in Ionia during their Spirit Blossom festival. All Ionians wear colourful festive attire and, with the help of Spirit Blossoms that only bloom for one week of the year, are able to briefly commune with their deceased loved ones’ spirits.

Spirit Blossom in League of Legends:

In addition to the brand new skins, the return of Nexus Blitz, and Lillia, the newest champion to join the full roster, League of Legends will unveil a brand new narrative experience called Spirit Bonds which will officially be made available in the game client at 1:00pm PT. In Spirit Bonds, players will forge deeper relationships with champions from the Spirit Blossom skinline. Representing various folklore figures celebrated during Ionia’s Spirit Blossom festival, these spirits will take the player on narrative journeys to earn favor with them and to earn special rewards through missions. Missions that are usually available through the League of Legends client will be viewable and integrated into this new experience, weaving narrative and character interactions into every mission. As with the rest of the event, Spirit Bonds is heavily inspired by the anime space, both in aesthetic and narrative, taking special attention to how visual novels are crafted.

Spirit Blossom in Legends of Runeterra:

Players will have access to a series of limited-time items that can be unlocked just by playing. There will also be an Event Pass in the store that adds even more rewards to unlock along the way.

Players will be able to unlock new Little Legends variants for Featherknight, Hushtail, and Melisma, inspired by Spirit Blossom, with an all new pricing model that allows players to directly purchase one-star versions of them.