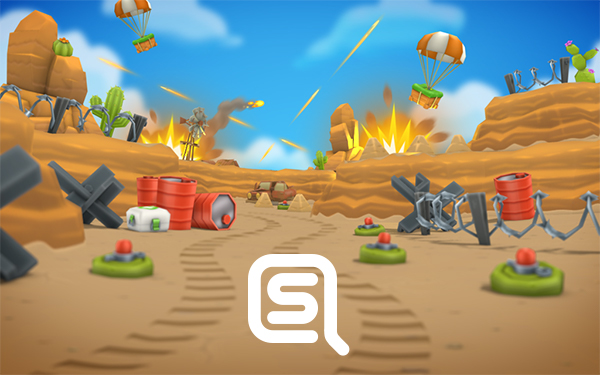 Strange Quests CEO and co-founder Adam Schaub has extensive experience from BBC, Yahoo!, Stardoll and Bonnier and most recently well-known game developer KING where he held the position as Vice President Creative Production. Strange Quest’s two other co-founders, Andreas Jirenius and Mille Trygg-Wiberg, also most recently from KING, both have solid backgrounds from the games and publishing industry.

”Strange Quest aims to innovate and break new ground in the mobile games market. We are convinced that there is an enormous future potential for synchronous multiplayer games on mobile and by creating frictionless products and combining them with innovative marketing strategies we intend to prove that thesis”, said Adam Schaub, CEO and co-founder of Strange Quest.

Alvaro Alvarez del Rio, Partner at Initial Capital, who led the investment round, said: We believe making native game mechanics and traditionally complex genres accessible to broad audiences is currently one of the main trends in the mobile games sector. Given their phenomenal track record of execution and leadership at KING, the team at Strange Quest are perfectly positioned to leverage that trend and create outstanding multiplayer experiences for the mass market. We look forward to supporting the team as they transform this ambitious vision into a reality”.