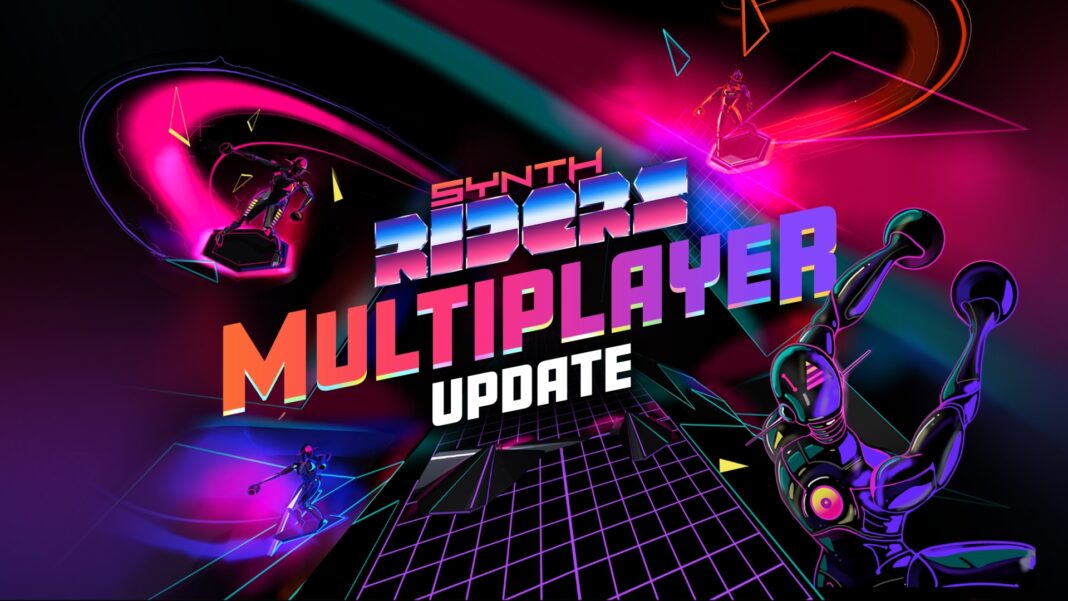 Kluge Interactive is excited to present the most significant update since the release of Synth Riders. Players can now meet and play together in the brand new Multiplayer Mode and enjoy a completely redesigned, streamlined user interface. The free update is now available for the Oculus Quest, Oculus Rift and, Steam VR.

Synth Riders is an action rhythm VR game that offers an immersive combination of music, dancing and working out. The game features 32 songs in a range of genres, official support for custom songs (also on the Oculus Quest), and a variety of modifiers and difficulty levels. Since the release of Synth Riders back in October 2019, the developer has been working closely with the player community, adding many requested features such as Party Mode, new visual stages, and much more, all the while preparing for this large update.

In the just rolled out Multiplayer Mode, players across all platforms can meet together in lobbies with four others, connect through voice chat, and compete for high scores, all while dancing to their favorite OST and custom songs. Before each battle, players can spice up the competition by choosing from a collection of modifiers such as “Prismatic Notes“, “Sudden Death”, etc.

“Synth Riders has continued to be developed in active conversation with our community, and we knew early on that we had to give them a way to play together, not only to compete but to have fun with each other. We are excited to be one of the first VR rhythm games with multiplayer support, it is a tribute to our community!“
Abraham Aguero Benzecri – Creative Director

The development of Synth Riders does not stop with this milestone release. Among planned updates, Kluge Interactive will soon release an “Electro Swing Essentials” DLC including songs from Parov Stelar, Jamie Berry and Electric Swing Circus.